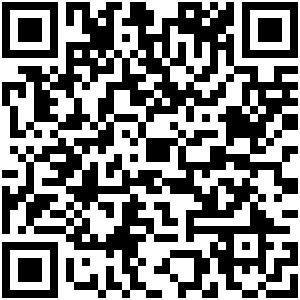 Kashmiri cooking developed through the ages as two schools of culinary expertise: Kashmiri Pandit and Kashmiri Muslim. The basic difference between the two was that the Pandits used hing (asafoetida) and curd and Muslims used onions and garlic.

Professional Kashmiri cooks known as wazas are believed to be the descendants of extraordinary chefs who migrated from Samarqand and other parts of Central Asia in the beginning of the fifteenth century. A traditional Kashmri spread of food or banquet is thus called a Wazwan. The word waz means chef and wan means a shop of meat and other delicacies. A typical wazwan consists of thirty-six courses out of which fifteen to thirty dishes are varieties of meat.

Most of the Kashmiri dishes are cooked through the night under the supervision of the vasta waza or the head chef. The Wazwan is not just a ritual but more appropriately a ceremony. The trami is the traditional arrangement of the food in a thaali or a serving plate, consisting of a mound of rice divided by four seekh kebabs (minced or ground meat, formed into cylinders with spices on skewers and grilled), four pieces of methi korma (richy creamy curry infused with fenugreek leaves) and one tabakh maaz (flat pieces of mutton cut from the ribs and fried till they acquire a crisp exterior). Curd and chutney are served separately in small earthen pots.

Kashmiri cuisine consists of many non-vegetarian dishes and of course some exquisite vegetarian dishes. Generally Kashmiri preparations, most of which are marked with ample use of turmeric and yogurt are quite rich in flavour and mild in taste. Spices like cloves, cinnamon, cardamom, ginger and fennel which are generally considered effective in providing heat to the body are used widely in Kashmiri cuisine, while garlic and onion are not used much.

Kashmir is also a large producer as well as exporter of saffron, which is used in the preparation of kehwa (Kashmiri green tea blended with cardamom and almonds) and desserts such as the modur pulao (sweet pulao made with ghee and dry fruits).

Kashmiris have traditionally been a rice eating community but there are a large range of traditional breads that are consumed for breakfast, lunch and evening tea.

The various breads include girda (medium-sized circular loaf that is cooked on a tandoor and served warm with butter and has crunchy exterior with a soft white centre. The baker marks the top with finger impressions giving it a pitted appearance), lavasa (thin unleavened bread that can be eaten with curries and meat), ghyev tsot (the bread is mostly associated with special occasions as it contains large amounts of ghee in every layer and has a crisp exterior), bakirkhani ( Kashmiri version of a puff pastry with multiple crisp layers) and katlama (hardened biscuit topped with poppy seeds which is mostly consumed with kehwa or sheer chai - salted pink tea).

Breads in Kashmir are baked in a closed fired tandoor. Such tandoors used to exist in every alternate lane of the town and are called kandur. The practice of baking these breads have been passed on from one generation to the next and in the present day, cities like Delhi have Kashmiri migrant families that run kandurs.

A Kandur Shop in New Delhi

Yakhni is a mild dish of yoghurt-based gravy, predominantly seasoned with cardamom seeds, bay leaves and cloves. The gravy can be cooked with a number of elements. It can be either meat for non-vegetarians or nadeir (lotus stem), al (bottle gourd) and hoksun (dried bottle gourd) for the vegetarians.

It is a must-have in more or less all Kashmiri festivities and dinners and is mostly cooked in an earthenware pot or leij and is served with steamed rice.

The lotus stem is scraped and cut horizontally into two or three pieces. It is then boiled in water for about an hour and added to a rich gravy/yakhni made out of mustard oil, curd, milk, hing (asafoetida), cinnamon, ginger and cardamom powders. It is then allowed to cook on medium heat for about fifteen to twenty minutes.