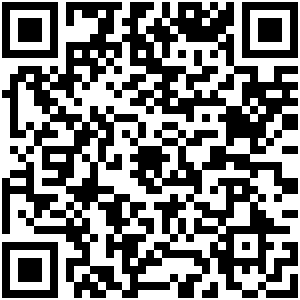 Odisha is located on the eastern coast of India. Blessed with 485 kilometers of coastline along the Bay of Bengal, the cuisine of Odisha incorporates many elements that travelled across the oceans to reach it. Meals are often served with multiple accompaniments, these may include ‘badis,’ lentil or pumpkin based sun-dried balls which are deep fried before being served, ‘khottas,’ which are sweet and sour chutneys, and two to three vegetable-based dishes. Fried, steamed or mashed fish is an important component of these preparations.

Satvik food is prepared in Puri at the Jagannath temple. Dishes like ‘dalma,’ a one dish meal containing both lentils and vegetables, ‘ghanto,’ a mixture of vegetables, ‘pithas,’ sweet or savory pancakes flavored with coconut, dry fruits and ‘chhena pudo,’ are made according to the strict regulations followed in the home of the Lord. These dishes have also found their way into ordinary Odia homes.

Arguably the most beloved of these, the ‘Chhena poda,’ loosely translates to ‘burnt cottage cheese.’ It was invented in the 20th century by a confectioner and hotelier named Sudarshan Sahu. One evening, Mr Sahu mistakenly left some sweetened ‘chhena’ (cottage cheese) in a warm tandoor overnight. The heat caused the gur in the chhena to caramelize, giving the soft cheese a roasted flavor and a hardened grainy outer layer. Traditionally, the chhena, made from curdling milk and tying it in a muslin cloth is kneaded into a loose batter by mixing in sugar, cardamom powder and sooji (semolina). It is wrapped in leaves of the Sal tree or banana tree and is cooked in a coal oven for 3-4 hours.

Today the Chhena pudo is offered to the Lord Jagannath and is a beloved sweet of the Odia people. It is not only made in every small roadside stall but mass produced by the Orissa State Cooperative Milk Producers’ Federation for fans across the state. After having received the geographical indicator for the ‘Odisha’s Rasagola’, this year, the state is petitioning to acquire the same for Chhena Pudo.

It is popularly believed that Lord Vishnu bathes in Rameswaram, meditates at Badrinath, takes rest at Dwarka and relishes his meals at Jagannath Temple in Puri. Over time, the temple complex at Puri has developed the infrastructure to support the appetite of the Lord and His devotees.The Bhogamandap forms one of the Panchratha while the rosa ghoro (kitchen) on the South-east edge of the outer courtyard employs the Mahasuaras and Suaras, the senior and junior cooks in service of the Lord. The Anand Bazaar, ‘the marketplace of joy,’ skirts the North-eastern walls of the complex. Here pilgrims and visitors can purchase all varieties of the food sanctified by the Lord himself, the Mahaprasad.

The Lord is served a variety of dishes. Usually, a feast of fifty-six items (Chhapanbhog) is offered. Traditionally, the Chappanbhog is traced to Lord Krishna and his feat of holding the Govardhan Hill over the people of Braj for seven days to protect them from the anger of Lord Indra. Lord Krishna missed eight meals of each prahar (a period of 3 hours) for all seven days of this week. Thus, to compensate for the skipped meals, Lord Krishna is served 56 meals. The number of dishes can reach eighty-four on the occasion of festivals such as Makar Sankranti.

Legend has it that during the reign of Yayati of the Keshari dynasty (473 to 520 CE), Lord Jagannath appeared before the King and commanded him to host a traditional feast for all the brahmins of the town. Upon arriving at the venue, the brahmins refused to believe the King’s claim that this food was indeed blessed by the Lord of the universe. They proposed that a voiceless brahmin from among them should try the food first, if upon doing so, he is miraculously healed then the King would be believed.

The brahmin swallowed a handful of the prasad and burst into songs in praise for it!

“O self conceited erudites! You are ignorant of the knowledge of the vedas and the other scriptures. When I enjoy the Mahaprasad, my kins are also enjoying! ”

Mahaprasad served to the deities

Since then, the bhoga has been prepared everyday at the Temple kitchen. The food is believed to be prepared by Goddess Bimala (Lakshmi) herself. Popular adoration of this prasad is noted by the reverence with which it is treated. Before each meal, the Suaras (cooks) bind their mouths so as to not allow any saliva or breath to fall upon the food, they carry large vessels of the bhoga atop yokes and walk in single file, not to be touched by pilgrim or visitor alike. It is served within the sanctum sanctorum amidst chants and prayers before it is taken to Bimala devi, the Brahmins and Goddess Kali in that order.

Traditionally, this bhoga is cooked over a wooden fire in utensils called atika, kudua or handis. K. C. Mishra, in his book, ‘The Cult of Jagannath’ states that there are two types of bhogas, food such as rice and black gram that is cooked inside the temple kitchen, which is called Samkhudy and that which is cooked outside the temple complex which is called Nisamkhudy, these include most items of flour, wheat or ghee. Certain vegetables such as bitter gourd, garlic, onion and papaya are prohibited to be used in the bhoga.

Pilgrims often carry the Mahaprasad back home for those who could not visit the Lord in Puri, having a darshan of the bhoga is believed to the second greatest means to receive the blessings of Lord Jagannath. This bhoga, like the Lord’s blessings can be enjoyed by the members of any caste, religion or gender.

Pokhalo is a beloved dish of the Odia. Many varieties of the dish populate dinner tables across the coastal state but at its most basic, pokhalo is rice fermented over time in water. The water which is called turani develops a salty tangy taste that compliments the additions of cumin seeds, curry leaf or curd in the rice when it is served. A cold dish, pokhalo provides much needed respite on sweltering summer days. It is seldom eaten after the passing of summer.

Pokhalo is not only preferred by the people of Odisha but also by their Lord. Lord Jagannath and his siblings at Puri are offered pokhalo thrice a day during the summer months. Their mid-day pokhalo is incensed with jasmine. Curd, ginger and cumin is consumed with the evening serving, while dinner is flavoured with sweet potato, ginger, cumin, ghee and sugar.

Similar dishes are enjoyed in Jharkhand (paani Bhat), Bengal (panta Bhat), Assam (poita Bhat) and even in neighbouring Southeast Asian countries. The 20th of March is celebrated as the Pakhala Dibas or Pakhal day!

Pakhalo served with various side dishes