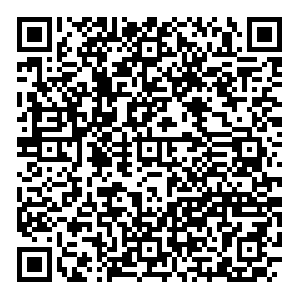 The Delicate Flavours of Awadh

Awadhi cuisine is a wholesome experience in dining, manners, sophistication and luxury. The various dishes that combined to form the Awadhi spread were perfected by expert chefs of the royal kitchens of the Nawabs of Awadh. The cuisine reflects the refinement, finesse and sophistication involved in the nawabi way of life.

Awadhi food today is quite common in the cities of North India. However, most of the modern-day outlets serving this cuisine do not do justice to the sophistication and nuance involved in authentic Awadhi food. It is only perhaps in the old city of Lucknow and certain other pockets in the country, that the traditional flavours of this cuisine are retained to a certain extent. However, modern-day adaptations were inevitable as the labour, sophistication, intricacy and finesse involved in cooking during the time of the Nawabs is difficult to maintain today. There are certain distinct characteristics of Awadhi food which constitute the soul and the essence of this cuisine.

A short background of the political history of the region is essential for understanding the nature of Awadhi cuisine. As the name suggests, Awadhi cuisine is native to the region of Awadh in North India. The historico-cultural region of Awadh is situated in the heart of the Gangetic valley of India and comprises the present-day city of Lucknow and some surrounding areas. This region had come under the Mughals in the 16th century. In the 18th century, it passed under the rule of the Nawabs of Awadh who were semi-independent rulers who rose to prominence when the power of the Mughal dynasty began to wane. In 1856, Awadh passed into the hands of the British who sent Nawab Wajid Ali Shah to exile in Calcutta. The British reorganized the administrative and territorial jurisdiction of this region and renamed it as the United Province of Agra and Oudh. The dynamics of power and patronage in the region influenced and shaped the Awadhi cuisine.

A map of the United Provinces of Agra and Oudh (author unknown), from map of India by Dodd, Mead and Company, 1903, Library of Congress Geography and Map Collection.

The Awadhi cuisine attained its distinctive flavour under the patronage of the Nawabs of Awadh. Burhan-ul-Mulk Saadat Khan, the first Nawab, was of Persian origin. Thus, Persian cultural practices became an intrinsic part of the courtly culture under the Nawabs. The culinary culture was no exception. The cuisine that was perfected in the royal kitchens of the Nawabs was a harmonious blend of Mughal, Persian and local influences.

The most distinctive feature of the Awadhi cuisine is the careful blend of spices used. Many a time, Awadhi food is confused with Mughlai food. Although Awadhi style of cooking has drawn considerably from Mughal cuisine, there are important differences between the two. One of the most important differences that make Awadhi food distinct from Mughlai food is that while the latter is marked by a zealous use of spices, nuts, milk and cream, the former is known for its subtle and delicate flavours and nuanced use of spices.

The desire for achieving a unique style is reflected in the dumpukht style of preparation, which is considered to be the hallmark of Awadhi cooking. It is believed that the dumpukht style has its origins in the cooking techniques of Persia and Central Asia. This method usually involves cooking in a heavy-bottomed vessel with its lid sealed (with dough) and left over a low fire for several hours, sometimes even overnight, to cook. The word dum means to breathe in and pukht means to cook. Thus, the technique of dumpukht means letting the food breathe in its own aroma or juices and also become deeply infused with the flavour of the accompanying spices. Gile hikmat is a unique technique of cooking used in Awadhi cuisine. In this technique, the meat or vegetable is stuffed with nuts and spices, wrapped in a banana leaf, covered in a layer of clay or multani mitti and buried in the earth. A low simmering fire is placed on the surface above. After letting it cook for several hours, the dish is considered ready to eat. Apart from this, other techniques like dhungar, which involved infusing a dish with the aroma of charcoal though smoking, were also used.

Spices have a prominent role to play in Awadhi cuisine. As mentioned earlier, the Awadhi dishes were crafted around a careful and harmonious blend of spices. Spices, generally popular in the Indian subcontinent such as cinnamon, peppercorn, cloves, cardamom, bay leaf, cumin, mace and nutmeg were used in the Awadhi kitchens. It is said that in the royal households, recipes were crafted and closely guarded within families of royal cooks and were passed down from one generation to another. Even today, many outlets of Awadhi food in old Lucknow, whose owners have been involved in this profession for several generations, boast of secret family recipes that make their food distinct from others.

Awadhi cuisine consists of both vegetarian and non-vegetarian dishes. Some of the most celebrated dishes include kebabs, biryani, korma and nihari. Kebabs are mostly made of minced meat or vegetable bound in the shape of disks or cylindrical forms. Some of the most popular non-vegetarian kebabs are kakori, shami, galawti, boti and seekh. Vegetarian versions include kathal, arbi, matar and rajma galawti kebabs. Kebabs are accompanied by rotis or breads which could again be of various forms: rumali, tandoori, naan, kulcha, sheermal and baqarkhani.

The Awadhi Dum Biryani is a rice dish in which rice and meat are cooked separately and then layered and cooked again for several hours in a sealed vessel over a low fire. It is distinct from the other varieties of biryani found in the Indian subcontinent and is known for its subtle and delicate flavour. The qorma is a dish consisting of either meat or vegetables braised with yogurt cream, water or stock to produce a viscous sauce. Nihari is a meat-based stew that is slow-cooked till the meat melts to merge with the texture of the stew.

During the time of the Nawabs, the preparation of food in the royal kitchens was an elaborate affair. The workforce in the kitchen had its own divisions. For example, the bawarchis were responsible for cooking in large numbers, for an entire household on a regular basis. The rakabdars were gourmet cooks that specialized in cooking select dishes and also in innovating to keep the royal menu interesting and updated. The nanfus were in charge of making various kinds of bread.

Another important element that defines Awadhi cuisine and the culinary culture of Nawabs is the concept of dastarkhwan. A dastarkhwan implies an elaborate ceremonial spread of dishes: qorma, salan (a thin gravy), qeema (minced meat dish), kebabs, pulao (rice flavoured with spices, distinct from biryani), a variety of rotis, desserts such as kheer (a kind of pudding), firni (another variety of pudding) and so on. Traditionally, the dishes were supposed to be eaten in a particular order. Nazakat and tehzeeb, roughly translated as ‘grace’ and ‘manners’, formed an important part of the dining process. In modern times, the term dastarkhwan has come to denote the table cloth that is spread for laying food. The presentation of a dish was also as important as its flavour. Ittr or perfume was used to enhance the aroma of food, and leaves of flattened silver and gold, called chandi warq and sona warq, were used for decorating the dishes.

An important way of understanding the nature and cultural significance of Awadhi cuisine is by understanding the fascinating legends and stories associated with it. For example, there is a popular legend about the origin of the Dum Biryani of Awadh. At that time, there was a drought in Awadh and as a means of feeding the people at the cost of the public exchequer, Nawab Asaf-ud-Daulah commissioned the construction of the Bada Imambara. For this purpose, a large army of construction workers had to be maintained and fed.

A wholesome rice dish was innovated for the purpose of feeding large numbers of people where all the ingredients were put together while being cooked and sealed so that the nutrients were retained. It is said that one day as the Nawab was visiting the construction site he happened to get a whiff of the delicious aroma of the dish. The dish was then picked up and perfected in the royal kitchen and the legendary Lucknawi Dum Biryani was born. Similarly, the tale of the emergence of galawti kebabs is equally fascinating. It is said that Nawab Wajid Ali Shah who lost his teeth due to old age wanted a variety of kebab that required minimum chewing and melted in the mouth. This led to the crafting of the galwati kebabs which are prepared using extremely fine minced meat and no binding material. What is significant here is not the historical authenticity of these stories but the opportunity that they offer to have a glimpse of the ethos, the culture and the sentiments that form the essence of Awadhi cuisine.