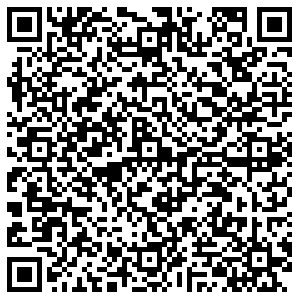 Rajasthani Cuisine: A Fusion of Resilience, a Royal Past and Innovation

Rajasthan, the land of royals, is one of the most popular tourist destinations of India. Every year, visitors from all over the world throng into this beautiful state on the north-western frontier of India to marvel at its fascinating landscape, colourful art and crafts, exotic songs and dances, and exquisite historical monuments. The food of this land is also equally amazing and delightful. Born out of the exigencies of arid land, a harsh climate and a war-torn past, the cuisine of Rajasthan truly captures the spirit of resilience as well as imagination of a people in the face of all odds.

A decorated camel; camel decoration is a special art and has become an important part of desert festivals in Rajasthan

As with all culinary cultures, the cuisine of Rajasthan is also shaped by its geographical features, climate and availability of resources. The Aravalli Mountain Range is a defining feature of the topography of Rajasthan dividing the land into two natural divisions: the arid northwestern and the fertile southeastern parts. The Thar Desert or the Great Indian Desert, recounted in legends as Marusthali or the land of death, is a vast expanse of arid desert located in the northwestern half of the state. Overall, rainfall is sparse and water is treated as a precious resource. The landscape is mainly dominated by scrub-like vegetation and less than 10% of the area is under forest cover.

Vegetation is sparse in the arid and desert region of Rajasthan

The culinary basket of Rajasthan includes hardy crops and grains such as jowar, bajra, sesame, ragi, tur, pulses, gram, ground-nuts, etc. that can survive in the harsh climatic conditions of the region. Various kinds of bread form the staple and the use of rice is limited. Apart from this, various berries, roots and beans that grow abundantly in the desert have also been ingeniously incorporated into the cuisine to make up for the absence of leafy-green vegetables. Due to the scarcity of water, it is sparingly used in cooking, and oil, milk and ghee are used instead. Animal husbandry is an important means of livelihood for several communities and tribes of the region and hence dairy forms a major component of the cuisine. Foods with greater shelf-life are preferred.

Rajasthan is a land that has been ravaged by wars for several centuries in the past. Under such conditions of conflict and uncertainty, foods that could be stored for longer durations naturally gained importance. Spices are used generously to add flavour and spunk to the food. Those grown in Rajasthan are known to be particularly potent and pungent in nature. Commonly known spices such as cumin, coriander, pepper, chillies, cardamom, cinnamon and cloves are used. Rajasthani cuisine is also known for its delectable pickles and chutneys which make the meal exciting and also aid in digestion. Pickling is also one of the important ways for preserving food for longer durations and harnessing their nutrients.

A goat-herder; animal husbandry is a major economic activity in Rajasthan

Rajasthani cuisine has been considerably influenced by the lifestyle and aesthetics of its royalty, the Rajputs. Traditionally, the state has been known as Rajputana, as the Rajputs held sway over it for several centuries. The Rajputs made lasting contributions to the food and eating habits of the region, especially its non-vegetarian fare. The food of the royals was deeply connected to their lavish lifestyle. Hunting being a favourite pastime of the royalty, non-vegetarian dishes were mostly cooked with shikar or game meat. This included animals and birds such as venison, wild hare, rabbit, pheasant, quail and duck. The royal kitchens or rasowaras were sites of considerable innovation by the khansamas or royal cooks. Recipes were zealously guarded and handed over from one generation to another. Today, the sheer scale and intricacy of the labour- intensive dishes of the royal cuisine are nearly impossible to be replicated.

The Rajputs acted as political allies to the Mughals during the 16th and the 17th centuries and cultural influences from the latter considerably shaped Rajput art and architecture (and vice-versa). However, culinary influences of the Mughlai cuisine on the food of the Rajputs was minimal. It is believed that this was primarily due to the non-availability of ingredients that were integral to the rich dishes of the Mughlai cuisine.

A royal procession depicted in a Rajasthani-style painting

The quintessential dish of the Rajasthani cuisine is perhaps the dal baati and churma. Baatis are bread dumplings made of whole wheat flour and can be stored for a considerable period of time. Dal is made out of a mixture of boiled lentils with a tadka or tempering of ghee and red chillies. Churma is made of coarsely ground wheat sweetened with ghee and jaggery or sugar. It is said that baati was an essential food item used by the soldiers during war. In the past, when the soldiers went to war, they would leave pieces of baati buried under the hot sand during the day so that they would be warm and ready by the time that they returned. Another popular dish is gatte ki sabzi in which dumplings made out of gram flour are simmered in a gravy of buttermilk and spices. Papad ki sabzi, is an innovative dish in which papad (thin flatbreads of lentil) is cooked in a gravy of yogurt and spices.

A testament to the optimal use of resources in an arid land comes in the form of a unique dish called ker sangri. Ker is a wild tangy berry and sangri is a wild bean, and both grow abundantly in the desert. The dish is spicy and the preparation almost similar to that of a pickle. According to a popular legend, once Rajputana was visited by a terrible drought which wiped out most of the vegetation of the land. In these times of great scarcity and distress, the native people discovered these life-saving plants (ker and sangri) which could thrive even in the harshest of conditions. These plants are also a great source of protein.

As discussed earlier, the non-vegetarian fare of Rajasthan traditionally involves game meat. However, in the modern times hunting as a sport is banned in India and game meat has been primarily replaced by lamb. The signature non-vegetarian dish of Rajasthan is laal maas. Laal maas, literally translated as ‘red meat’, is lamb cooked in a fiery gravy of chillies, onion, yogurt and garlic. Safed maas, a white and creamier cousin of the laal maas, is a delightful preparation of lamb cooked in a gravy of almond-cashew paste, milk, cream and spices. Junglee maas, as the name suggests, is a dish traditionally made of wild game meat and readily available spices.

An exotic non-vegetarian dish of Rajasthan is the khad khargosh. The khad is a unique technique of underground cooking native to Rajasthan. In this preparation, the meat (traditionally that of a hare) is marinated in a paste of five spices and generous amounts of ghee. It is then wrapped in unbaked rotis (flatbreads) and a wet gunny sack, and placed inside a pit in the sand. Thereafter, the bundle of meat is covered with layers of sand and embers and left to cook for a few hours, until the meat has absorbed all the spices.

A unique feature of the Rajasthani culinary culture is that desserts are not necessarily had at the end of the meal, i.e., they can be served before or along with the main course. Rajsthani cuisine is marked by a delightful array of desserts such as different kinds of laddoos (besan, motichur, dal, gond), a variety of halwas (moong, suji) and puddings (seviyan kheer, makhane kheer). Ghevar, a famous sweet of this region, is prepared using flour, ghee, milk and dry fruits. It is moulded in the shape of a disc, has a crunchy texture and is often topped with dry fruits, mawa (condensed milk) and malai (cream). Malpuas or pancakes dipped in sugar syrup are also a popular sweet dish. A wide variety of snacks such as pyaj kachodis, kanji vadas, bikaneri bhujia and dal ke phare add further invigorating flavours to the cuisine.