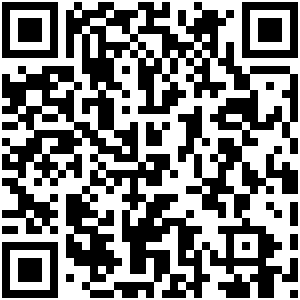 The Nokrek Biosphere Reserve is located in the northeast of India on the Tura Range, which forms part of the Meghalaya Plateau (average altitude: 600 metres). The entire area is mountainous and Nokrek is the highest peak of the Garo hills, rising up 1,412 metres. The north of the reserve embraces rather gently undulating hills, while steep slopes characterize the south. The biosphere reserve contains major rivers and streams that form a perennial catchment system. Examples include the Ganol, Dareng and Simsang rivers, of which the latter is the longest and largest. The Simsang originates in the north of the Biosphere Reserve, the Dareng from the southern peaks, and the Ganol flows westward into the Brahamputra River, which supplies water to numerous towns.

The tropical climate is characterized by high humidity, monsoon rains (April–October) and high temperatures, which presents ideal circumstances for the growth of rich vegetation, and consequently for the development of a unique and varied biodiversity. Evergreen and semi-evergreen deciduous forests dominate the landscape: 90% of the Nokrek Biosphere Reserve is covered by evergreen forest. Some patches of bamboo forest can also be found in the lower altitudes, and a remarkable variety of endemic Citrus spp. can also be found in the reserve, especially Citrus indica (Indian wild orange).

Representative species of the reserve include Bombax ceiba (Cotton tree), Sterculia villosa (Hairy Sterculia) and Cassia fistula (Golden shower tree). Highly vulnerable and threatened fauna species in Nokrek include the Slow Loris, Petaurista philippensis (Giant flying squirrel) and Macaca leonina (Pig-tailed macaque). In addition, the reserve is home to other unique and endangered animals, such as tigers, leopards, elephants and Hoolock gibbons; the latter are the most endangered apes in India and therefore receive special protection.

At present, 22,084 people reside permanently in the area. The local economy suffers due to a lack of innovative working material. Shifting cultivation is the principal and most important economic activity and this form of agriculture is practised on 17% of Nokrek’s area by 85% of the population. Local people rely on natural forest products such as timber, honey and wax, while bananas, rice, cashew nuts and tea are the main commercial exports.
Local authorities are attempting to bring an end to shifting cultivation in order to protect the ecosystems of the biosphere reserve. Honeybee boxes have been distributed throughout the reserve and metallic skeletons are used for the cultivation of squash. Plantations of horticultural species have been built and freshwater ponds are being constructed.

Archaeological findings prove that humans settled in the area during the lower Palaeolithic period of the middle Pleistocene Age. Agriculture and hunting were practised until the Neolithic period, when they were replaced by more efficient slash-and burn techniques and shifting cultivation. During the Mughal Empire, agricultural products such as timber and wax were traded for materials used in daily work. Following the arrival and rule of the East India Company, the site attracted attention for the extraction of minerals, in particular coal.

Today, Garo tribes dominate the area. However, other tribes, such as the Banias or Hajjons, also exist in the area. The Garo refer to themselves as Achik mande (man of hills). While practising Christians, they believe in reincarnation and pray to several gods. The most worshipped deity is Saljong to whom the Garo offer sacrifices, such as chicken and monkeys, in return for protection of their cultivated farms.

The Nokrek Biosphere Reserve is located in Meghalaya, which is a state in the north-east of India. It lies on the Tura Range, which forms part of the Garo hills. Nokrek is the highest peak in this range (1,412 meters). The area was tagged as a UNESCO Biosphere reserve in 2009. The topography is mountainous, with gently undulating hills in the northern part and steep slopes in the southern. The physical features of the area plus its climatic conditions have led to the development of unique flora and fauna. The interaction of the human population with the land and water resources here is of an ancient origin. Tagging it as a biosphere reserve gives it the means to delicately balance this co-existence of man and nature.

The biosphere reserve is drained by rivers and streams such as Ganol, Dareng, and Simsang, the latter being the longest and the largest. These rivers are fed by their watersheds which lie in the mountains of this region. They are sources of water supply to the surrounding towns and villages. The climate is marked by high temperatures, high humidity, and monsoon precipitation, which lasts from April to October. This promotes the growth of evergreen and semi-evergreen deciduous forests and clusters of bamboo forest, with the evergreen variety covering 90% of the reserve. The Citrus Indica (Indian wild orange) is an important endemic variety. Other species include Bombax ceiba (Cotton tree), Sterculia villosa (Hairy Sterculia) and Cassia fistula (Golden shower tree).

The reserve is also home to highly vulnerable and threatened fauna species, such as the Slow Loris, Petaurista philippensis (Giant flying squirrel) and Macaca leonina (Pig-tailed macaque). Also, other endangered animals, such as tigers, leopards, and elephants live here. The Hoolock Gibbons found here are the most endangered apes in India.

The human population includes tribes such as the Garo, Banias or Hajjons. The area has a long history of human habitation since the Lower Palaeolithic period of the middle Pleistocene Age. The means of livelihood practiced from the earliest times range from hunting and gathering to slash and burn type of shifting agriculture. During the medieval period trade in timber and wax was prevalent. Under the British regime, the discovery of coal led to mining activity. However, due to lack of alternatives, people still rely mostly on shifting agriculture, gathering of natural forest products and growing and selling of bananas, rice, cashew nuts, and tea.

However, the very ecosystem, that supports the local population is facing harm due to the side effects of shifting cultivation and indiscriminate mining. To stem the decline, efforts based on the three interconnected ideas of conservation, development and logistic support, are being implemented. The involvement of the local communities is being sought by providing them livelihood alternatives which are based on sound sustainable development practices and scientific research. The distributing of honey bee boxes for honey collection and metallic skeletons for cultivating squash, encouraging the growth of horticultural plants and the making of freshwater ponds, are some examples.