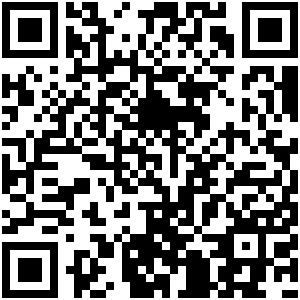 The Pachmarhi Biosphere Reserve is located in the biogeographical region of the Deccan Peninsula and the Biotic Province of Central India. The Satpura mountain ranges cross India from west to east and Pachmarhi lies directly in its centre. The highest peak is the Dhoopgarh, which reaches 1,352 metres above sea level, while the Pachmarhi hills are characterized by steep slopes in the northern regions. The eastern boundary of the biosphere reserve lies along a road with cultivation farms, close to the Dudhi River, while the southern boundary borders the Tawa plateau.

Pachmarhi comprises three protection sites: the Bori Sanctuary, Satpura National Park and Pachmarhi Sanctuary – otherwise known as the Satpura Tiger Reserve. The Pachmarhi Plateau is also known as the ‘Queen of Satpura’, because it contains valleys, marshes, streams and waterfalls, all of which have led to the development of a unique and varied biodiversity.

Forests represent approximately 63% of the biosphere reserve’s area, while agricultural lands (30%), waste lands (2.18%), water bodies (5%) and human settlement areas (0.54%) account for the remainder. Tectona grandis (Teak) and Shorea robusta (Sal) are the most common and unique flora species found in the forests, with the latter found nowhere else in India. Tropical moist deciduous forests, tropical dry deciduous and central Indian sub-tropical hill forests are the major ecosystem types within Pachmarhi. The climate differs at all mountain levels and is characterized by strong monsoons.

There exist more than 150 species of flora used for medicinal purposes. In addition, 60 species of pteridophytes have been recorded, 48 of which are types of fern. Important species include Psilotum triquetra (whisk fern) and Ophioglossum nudicaule (Adder’s-tongue ferns). The largest wild herbivores found in the reserve are Gaura, which together with bears, tigers and leopards, Ratufa indica (Giant Squirrel) and Spilornis cheela (Crested serpent eagle) are rare and endangered. Lastly, over 50 mammal species, 254 bird species, 30 reptile species and 50 butterfly species live in the Pachmarhi Biosphere Reserve.

The Pachmarhi Biosphere Reserve is characterized by high population growth, with Gond tribes accounting for 50% to 90% of the tribal population. They live in the forests and therefore have a special connection to the reserve. Korkus tribes introduced the cultivation of potatoes and made use of honeycombs to produce honey in significant quantities for commercial use. The area used to be notorious for hosting evil spirits, diseases and dangerous beasts.

Captain J. Forsyth discovered the area in 1862 and remarked upon the extensive cave network. These caves are of great archaeological interest, containing rock paintings up to 2,500 years old. Today, many Hindus festivals are celebrated near the reserve. ‘Nagpanchmi’ is celebrated in summer and the ‘Maha Shivratri’ fair occurs in March.

Conservation tactics were first introduced in 1865 with the banning of slash-and-burn agriculture. A number of Reserve Forests were introduced, the most notable of which is the Bori Reserve Forest. Large sites also exist for grazing purposes, but with advent of severe overgrazing, particular grazing areas were created that permit only limited grazing activities.

The Pachmarhi Biosphere Reserve, located in the state of Madhya Pradesh, occupies the mountains and valleys of the Satpura range. It was created as a conservation area in 1999 and was designated as a biosphere reserve by UNESCO in 2009. The reserve covers a total area of approximately 5,000 square km and it encompasses three conservation units, namely, the Bori Sanctuary, the Pachmarhi Sanctuary, and the Satpura National Park. The Satpura National Park constitutes the core zone while the other two units serve as the buffer zones.

This area was discovered by Captain J. Forsyth in the year 1862. Although the valley seemed unpopulated at first, the discovery of rock paintings and cave art showed that this area had been populated more than 2,000 years ago. G.R. Hunter excavated some sites in this area during 1932-35. The excavation brought to light rock paintings said to belong to the Mesolithic period. These Mesolithic paintings portray a society of hunters and gatherers. By the 14th century, this place came to be primarily inhabited by the Gond tribe. The tribe occupied the higher plateaus to practice hunting and carry out their method of shifting cultivation known as ‘Dahya’. Although with time, the larger plateaus were occupied by people who came from the northern part of India, yet the Gonds account for a large percentage of the population of this area even today.

Apart from the historical and cultural richness, the Pachmarhi Biosphere Reserve is known for the multifarious flora and fauna that it harbours. This area has a diverse gene pool as it is exposed to a multiplicity of climatic factors, that supports vegetation that is considered to be the richest in Central India. The dense forest vegetation that covers most of this reserve creates a multitude of habitats that supports a large variety of wildlife. These forests also serve as an important transition zone between the forests of western and eastern India. The teak (ectona grandis) and the Sal (shorea robusta) trees grow in abundance here, with the latter not being found anywhere else in India. Rare and endangered species such as the large wild herbivore named Gaura, the giant Squirrel, and the crested serpent eagle are protected here, along with other animals such as bears, tigers, and leopards.

To conserve this area, many steps have been taken by the government as well as the locals. In the year 1862, the Bori Reserve Forest was created which started the era of the creation of such protected areas in India. In 1865, slash and burn agriculture, a practice that is detrimental to the environment was banned in this reserve. A restriction on overgrazing has also been imposed and special grazing areas have been created that permit only a limited amount of activity. The locals abide by these restrictions and make sure they work towards the conservation of this biosphere reserve. This is what helps in rendering the Pachmarhi Biosphere Reserve as one of the most effective conservation units in India.