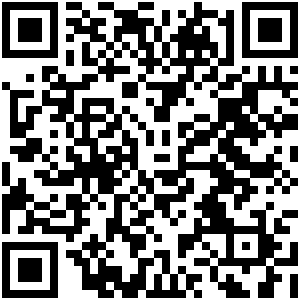 Located in northeast India, the Similipal Biosphere Reserve lies within two biogeographical regions: the Mahanadian east coastal region of the Oriental realm and the Chhotanagpur biotic province of the Deccan peninsular zone. Volcanic sedimentary rocks are aligned in three concentric rings and accentuate the area’s geologic formations. The highest peak in the Similipal hill range is Khairiburu (1,168 metres). Numerous waterfalls and perennial streams flow into major rivers, such as the Budhabalang, Baitarani and Subarnarekha.

The biosphere reserve has the largest zone of Sal in all of India. In addition, the tropical monsoon climate provides ideal circumstances for the development of a distinctive biodiversity, highlighted by 1,076 species of vascular plants. Among them are 93 species of orchids, 300 species of medicinal plants and 52 species of endangered flora. Two endemic Orchid species are Eria meghasaniensis and Tainia hookeriana. Other noteworthy flora species include Callicarpa arborea (a species of beautyberry), Bombax ceiba (Cotton tree) and Madhuca longifolia (Mahua).

Altogether, the biosphere reserve is home to 42 mammal species, 264 bird species, 39 reptile species and 12 amphibian species. Moreover, approximately 52 fauna species are endangered. Paradoxus jorandensis is an example of a valuable and endemic fauna species within the area. In addition, Panthera tigris tigris (Royal Bengal Tiger) and Elephas maximus (Asiatic Elephant) have both been observed within the Similipal Biosphere Reserve.

Altogether, 1,265 villages are located within the biosphere reserve. Approximately 73% of all inhabitants are Aboriginals. Two tribes, the Erenga Kharias and the Mankirdias, inhabit the reserve’s forests and practise traditional agricultural activities (the collection of seeds and timber). Other dominant tribes include the Ho, Gonda and Munda, among others. Similipal’s cultural significance is characterized by stories and paintings that date back to the Ramayana, Mahabharata and Puranas, many of which mention local sites linked with specific mythological stories. For example, a sacred grove called Shami Vrikhya is said to have been the secret hiding place of the bow and arrow of the hero Arjuna. Other writings allude to certain domiciles of the Goddess Ambika, or mention a sacred bathing place of Lord Shri Ram.

Similipal Biosphere Reserve is spread over two biogeographical regions, the Mahanadian east coastal region of the Oriental realm and the Chhotanagpur biotic province of the Deccan peninsular zone.  It comprises a core and a buffer zone, and the adjoining reserve forests form an additional buffer belt, also known as the 'transition zone'. The total area of this reserve is 5,569 sq. km. The Similipal Biosphere Reserve had been notified by the Government of India on 22 June 1994 and it was given a UNESCO tag in 2009.

The reserve encompasses the Similipal hill range which has peaks with altitudes ranging from 40mts to 1168mts. The dense tropical forests have numerous waterfalls and several small perennial streams. The water from these joins the major rivers, such as the Budhabalang, Baitarani, and Subarnarekha that flow here. The area experiences a tropical monsoon type of climate that has high annual precipitation and shows a marked temperature variation between the central and southern regions.

The biodiversity found in this reserve shows a high level of endemism, especially in ferns, orchids, medicinal plants, and insect fauna. The flora consists of nearly 1,076 species of plants, which consists of 52 species that are endangered. The biosphere reserve has the largest zone of Sal trees in India. Eria meghasaniensis and Tainia hookeriana are two endemic orchid species that are found here. Other trees such as the beautyberry, cotton tree, and Mahua also grow in large numbers.

The fauna comprises of mammals, birds, reptiles and amphibian species, including at least 52 species that are endangered. The reserve is known for its cat fauna which comprises of fishing cat, jungle cat, leopard cat, and an endemic civet (Paradoxus jorandensis). Many colour aberrations have been noticed in the tiger population here and the occurrence of black panthers has also been reported. Birds such as the red-breasted falconet, grey-headed fishing eagle, and the slender-billed scimitar babbler have made this reserve their homes.

The biosphere reserve contains a total of 1,265 villages, which are mainly inhabited by tribes such as the Erenga Kharias, Ho, Gonda, Munda, and the Mankirdias. The members of these tribes practice traditional agricultural activities and collect forest produce such as honey, gum, arrowroot, wild mushrooms, and the bark of the Paja tree (Litsea monopetala), flowers and seeds of Mahua, and seeds of sal. These people speak a multitude of dialects and their socio-cultural life is replete with festivals and dances, all of which need preservation and documentation. Some of the places located in the reserve have links with specific mythological stories found in the epics and the Puranas.

Thus with the existence of the forest, the wildlife, the human population and their domesticated cattle near each other, there is a need for a strategy of in situ conservation along with sustainable development. Towards this end emphasis has been laid on creating suitable eco-development programmes in the transition and buffer zones and promoting various alternative livelihood options to reduce people's pressure on the forests. The reserve is of great scientific value as its unexplored gene pool offers vast opportunities for biotechnological research and applications in the future.