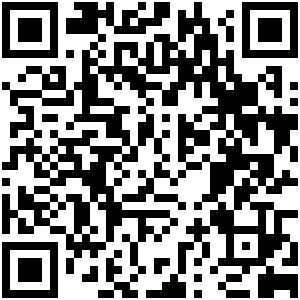 This biosphere reserve is located in the vast Delta of the Ganges, south of Calcutta and bordering Bangladesh in the east. Sunderban is the largest contiguous mangrove area (along with Bangladesh) in the world. It represents the largest mangal diversity in the world with 81 mangal plant species and it provides habitat for the threatened Royal Bengal tiger (Panthera tigris tigris). The core area (Sunderban National Park) has been designated as a World Heritage site. The entire Eastern India is dependent on the fishery resources from Sunderban.

Some three million people live in the biosphere reserve (2001). They depend directly on forest and forest-based resources since agriculture is not productive enough due to saline water. Sales of timber, fuel wood, thatching leaves, honey and wax are the main sources of income. Due to demographic pressures, the Sunderban is under great stress and therefore an eco-development programme is envisaged based on a highly participative approach of the local communities. Emphasis is given to schemes that generate additional income and economic security to people, such as mangrove forest management, animal husbandry, popularisation of energy alternatives, habitat improvement, aquaculture, honey and wax culture, development of crafts and education.

The Sundarbans Biosphere Reserve is located in the Sundarbans delta lying in the state of West Bengal. This delta has been formed by the combined distributaries and silt deposits of the Brahmaputra, the Ganges, and the Meghna rivers. Due to its unique ecosystem, it was designated as a UNESCO biosphere reserve in 2001. Sundarbans National Park, which is a UNESCO World Heritage Site, forms the core area of this reserve.

Sunderbans is a large contiguous mangrove area, which spans India and the neighbouring country of Bangladesh. The most abundant species of trees that grow here are Sundri (Heritiera fomes) and Gewa (Excoecaria agallocha). It is believed that the Sundarbans derives its name from the former. Besides these, 334 other plant species are also found here. The rich fauna of the reserve comprises of 693 species of wildlife. The reserve is home to the Royal Bengal Tiger, which is a globally endangered species. The Ganges and Irawadi dolphins, estuarine crocodiles, and the endemic river terrapin can also be found here. To ensure harmony between the human and the wildlife population, certain measures have been implemented. These include the nylon fencing of the peripheries of villages to prevent incidents of tigers straying into human habitats.

This reserve is home to nearly 3 million people, who depend on the habitat for food and livelihood. Agriculture is marginal as the saline water affects productivity. Thus the main sources of income are the sale of timber, fuelwood, thatching leaves, honey, and wax. This overwhelming dependence of man on nature can have detrimental effects. Thus certain schemes are being implemented that would help promote additional sources of income such as animal husbandry, aquaculture, development of crafts and education. Schemes for the popularisation of alternative sources of energy and habitat improvement are also being implemented, which seek to involve the participation of local communities.

To effectively conserve and manage resources, this reserve is divided into core, buffer and transition zones. The Forest Department does not permit any human activity in the core area. In the buffer area, fishing and honey collection are allowed with permits. The Forest Department has also introduced Boat Licensing Certificates (BLCs) in the 1980s, where BLCs were issued only to those boat owners who had been fishing in the Sundarbans for a long time. This initiative prevents the misuse of the water bodies and preserves the fish that inhabit this reserve.

In 2012, the World Wide Fund for Nature India (WWF) collaborated with the Sundarban Biosphere Reserve Directorate and carried out the first-ever systematic camera trapping exercise for tigers in the district of South 24- Parganas in the reserve. From 2012-15, the tiger population was monitored and parameters like topography, tidal rhythmicity, habitat formations, prey-base occurrence and olfactory lures of the tigers were explored. Based on the findings of this survey, ecological and management strategies to ensure long term survival of the tigers were implemented in the reserve. The Sundarbans Biosphere Reserve thus serves as an example of nature conservation and cohabitation.