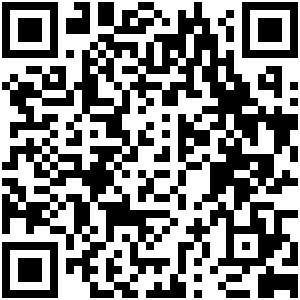 This biosphere reserve represents a unique and threatened ecosystem in the tropics within the Western Ghats Mountain system. It is one of the world’s biodiversity hotspots and provides habitat for the probably largest South Indian populations of tiger (Panthera tigris), elephant (Elephas maximus) and other large mammals.

Several ethnic groups inhabit the area, including the only surviving hunter-gatherers of the Indian subcontinent, the Cholanaikans who concentrate in the Nilambur area. The 1,160,200 permanent inhabitants of the biosphere reserve (2000) subsist on the use of natural resources (such as medicinal plants), agriculture, agri-horticulture and the commercialization of these products. Eco-development programmes are envisaged to provide schemes for generating additional income and security for people, such as forest and grassland management, habitat improvement, animal husbandry, apiculture and aquaculture, development of crafts, education and health, etc. About 200,000 people visit this region annually (2000), thus tourism has also become an important source of income.

The Nilgiri Biosphere Reserve, set up in 1986, is located in the Western Ghats and Nilgiri ranges of South India. This was the first biosphere reserve established in India under the UNESCO Man and Biosphere Programme. UNESCO declared it as a World Heritage Site in 2012.

The Nilgiri hills are considered to be ancient. Geological evidence suggests that they are approximately 2 billion years old. Topographically the area is diverse as it ranges from low lying valleys to mountains over 2000 m high. This further gives rise to diverse vegetation zones. Therefore, in this area of around 5600 sq. km, one can find dry and moist deciduous forests, dry scrub jungles, tropical evergreen, and semi-evergreen forests, the montane Sholas, and grasslands.

The confluence of a variety of topographic conditions and ecosystems in this region enables it to support a rich and endemic biodiversity.  It is known that 23% of all vertebrates, 15% of all butterfly species and 20% of all angiosperm species of India are found in this Reserve. This region is rich in fauna, with the presence of over 100 species of mammals, 550 species of birds, 30 species of reptiles and amphibians, and 300 species of butterflies. It harbours the largest population of the Nilgiri tahr and the lion-tailed macaque, both of which are endangered species.

This region is also very rich in its floral diversity. Of the 3000 known species of angiosperms, 82 are exclusive to this place. Around 3,300 species of flowering plants are found here, of which 133 are endemic to the reserve, such as the genus Poeciloneuron. In fact the hills are called ‘Nilgiri’ or ‘blue mountains’ due to the presence of a mass-flowering species, Strobilanthes kunthiana,  or kurinji, which blooms on the hill-slopes only once in 12 years.

Amidst this rich biodiversity, there are several primitive endogamous communities that live in this reserve. These people are largely hunter-gatherers, pastoral farmers, artisans, and shifting cultivators. The most well-known is the Toda tribe, which is known for its unique rituals and traditions, particularly those which are related to health care and nature reverence/conservation.

The work for the conservation of this reserve has been taken up by the government as well as the native residents. This reserve consists of 6 major protected areas (national parks and wildlife sanctuaries) and a number of reserve forests. The Nilgiri Wildlife and Environmental Association (NWLEA) has set guidelines for the conservation of this reserve. Based on these, clear-felling in the forest areas has been banned, limitations on cattle grazing have been imposed, and a programme on soil conservation in catchment areas has been launched. Economic activities are strictly forbidden in the core zone, while only a limited number are permitted in the buffer zone. Tourism is a source of extra income for locals and helps them find jobs as guides, trekkers, drivers, etc. Since the indigenous communities depend upon the natural resources for their survival and are already sensitive towards the need for conservation, they try to balance the needs of man and nature.