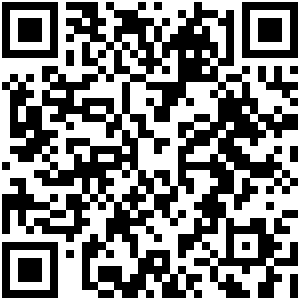 The Gulf of Mannar Biosphere Reserve covers an area of 1,050,000 hectares on the south-east coast of India across from Sri Lanka. It is one of the world’s richest regions from a marine biodiversity perspective. The biosphere reserve comprises 21 islands with estuaries, beaches, forests of the nearshore environment, including a marine component with algal communities, sea grasses, coral reefs, salt marshes and mangroves. Among the Gulf’s 3,600 plant and animal species are the globally endangered sea cow (Dugong dugon) and six mangrove species endemic to peninsular India.

The inhabitants are mainly Marakeyars, local people principally engaged in fisheries. There are about 47 villages along the coastal part of the biosphere reserve which support some 100,000 people (200,000 seasonally as of 2001). The Global Environmental Facility (GEF) has provided support to the establishment of the biosphere reserve, including the setting up and functioning of the Gulf of Mannar Biosphere Reserve Trust, which is responsible for the coordination of the management plan for the biosphere reserve in concertation with government agencies, private entrepreneurs, and local people’s representatives. Priority is being given to encouraging community-based management.

The Gulf of Mannar Biosphere Reserve is located between the southeastern tip of India and the west coast of Sri Lanka. It comprises of 21 islands and the adjoining coastline, constituting an area of 10,500 sq. km. The biosphere reserve was established in 1989 and was recognised by UNESCO in the year 2001.. The rivers arising in the neighbouring regions of India as well as Sri Lanka drain into this gulf.
This region has a predominant marine ecosystem and is known for its vast coral reefs, mangroves, estuaries, algae communities and lagoons. There is a small portion based on land as well.  The Reserve is marked by abundant biodiversity and supports a variety of aquatic flora and fauna. Over 117 species of corals are present in the reefs and 17 species of mangrove can be found here, 6 of which are endemic to this reserve. This region houses one of the highest concentrations of seagrass beds in India. These beds are a source of nourishment and also act as breeding grounds for aquatic creatures like sea turtles, dolphins, sharks, and sea cows. The sea cow, or dugong, a globally endangered species, is found in this habitat.

The reserve also harbours a wide range of flora and fauna on land as well. The Sand Boa, Indian shrew and Spotted ibis are a few examples of land animals that inhabit this reserve. Five different types of forests can be found here - mangrove, littoral, dry mixed deciduous, dry tropical riverine and secondary dry deciduous. On the whole, it is home to over 3,600 species of plants and animals.

Amidst this rich flora and fauna, there exist 47 villages along the coastal area of this reserve where around 100,000 people reside. A majority of these people are Marakeyars who are principally fishermen. However, the over-harvesting of fish, along with pollution and coral bleaching due to high global temperatures, have led to decreased catches. The Gulf of Mannar Biosphere Reserve Trust, set up by the Global Environmental Facility (GEF), looks after the management of this area. The Trust coordinates its efforts with governmental agencies, and private enterprises. One of the important aims of all conservation efforts is to try to engage the local community. The Tamil Nadu Forest Department has made the local fishermen aware of eco-friendly fishing practices and has trained them for the same. The reserve is also used for research and monitoring. Studies have been carried out here on climatology, bioprospecting, monitoring of fisheries, biogeography and the like.

The Gulf of Mannar is separated from the Palk Strait by the Adam’s Bridge, which is popularly known as the Ram Sethu. This bridge is made up of a chain of low islands and reefs. Legends claim that it was built by Lord Rama and hence it is considered as immensely sacred. It attracts people both as nature lovers and pilgrims.