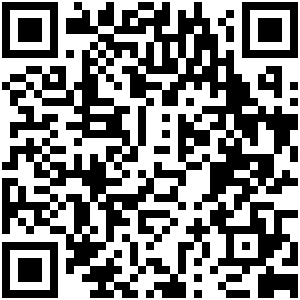 Located in the Western Ghats in the south of the country, the Agasthyamala Biosphere Reserve has peaks reaching 1,868 m above sea level. Consisting mostly of tropical forest, the site is home to 2,254 species of higher plants including about 400 that are endemic. It is also a unique genetic reservoir of cultivated plants, in particular cardamom, jamune, nutmeg, pepper and plantain. Three wildlife sanctuaries, Shendurney, Peppara and Neyyar, are located in the site, as well as the Kalakad Mundanthurai Tiger reserve.
A number of tribal settlements comprising a total population of 3,000 inhabit the biosphere reserve. They rely largely on biological resources for their sustenance, although recent projects have been set up to reduce their dependence on the forests.

The Agasthyamala Biosphere Reserve is located in the southernmost end of the Western Ghats and incorporates peaks towering 1,868 m above sea level. It covers 3,500 km2 and encompasses tropical forest ecosystems that fall within the Tirunelveli and Kanniyakumari districts of Tamil Nadu and the Thiruvananthapuram and Kollam districts of Kerala, Southern India. It hosts one of the most diverse ecosystems in peninsular India and constitutes an important biogeographical ‘hot spot’ within the Western Ghats.
The reserve hosts 2,254 species of higher plants including about 405 endemics. The area is also a unique genetic reservoir of cultivated plants, in particular cardamom, jamune, nutmeg, pepper, plantain and so on.
The reserve is a home to about 79 species of mammals of which 20 are endemic, 88 species of reptiles of which 45 are endemic, 45 species of amphibians of which 30 species are endemic, and 46 species of fishes including 10 endemics. A total of 337 species of birds have also been reported of which 20 are endemic. The reserve includes three wildlife sanctuaries, Shendurney, Peppara and Nayar, as well as the Kalakad Mundanthurai Tiger reserve.

The reserve is home to Kani tribes from both Tamil Nadu and Kerala, which number in total approximately 30,000 inhabitants. The community uses a wide variety of biological resources for sustenance but is rarely involved in their commercialization. In addition, about 700 non-tribal inhabitants live on tea estates located in the core area.
The Agasthyamala Biosphere Reserve occupies a prominent place in the cultural heritage and history of India. In particular, its prominence in the epic Ramayana has made it a famous site for Hindu pilgrimages.

The Agasthyamala Biosphere Reserve is located in the southern part of the Western Ghats in India. The reserve was established in 2001 and was recognised by UNESCO  in 2016. The reserve is spread in an area of 3,500.36 sq. km which straddles across the two Indian states of Kerala and Tamil Nadu. It has within its boundaries the Neyyar, Peppara and the Shendurney Sanctuaries and the Kalakkad Mundanthurai Tiger Reserve.

Being part of the South Western Ghats ecosystem, the reserve has a hilly terrain, with the highest peak rising to a height of 1,868 m above sea level. The area has tropical wet evergreen forests, moist deciduous forests, montane rain forests and Shola forests, typical of the Western Ghats. The forests bear a highly diverse and rich plant life, which is composed of 2,254 species of higher plants, including about 400 that are endemic. Nearly 2,000 varieties of medicinal plants grow here, of which at least 50 are rare and endangered. These forests are particularly known for the cultivation of spices such as cardamom, nutmeg, and pepper.

The reserve is home to several birds, mammals, reptiles, amphibians, and fishes, many of which are endemic. The wildlife sanctuaries which are a part of this reserve protect a variety of animals such as the Bengal Tiger, Asian Elephant and Nilgiri Tahr.

This area is home to the Kani tribe, which has approximately 30,000 members. Being one of the oldest surviving ancient tribes in the world, the Kanis, a traditionally nomadic community, now lead a primarily settled life in the forests. Their traditional occupation includes basket and mat weaving, and cane work. They also collect minor forest produce such as honey and beeswax, cultivate edible plants such as tapioca, banana, millets and cash crops such as pepper, coconut, rubber, areca nut, and cashew nut. Also, about 700 non-tribal inhabitants live on tea estates located in the core area.

The area also has a connection with India’s cultural life. It finds a mention in the epic, Ramayana. A pilgrimage to the Agastyakoodam peak, lying inside the Reserve, is undertaken by many as it is believed that sage Agastya had offered penance here. The pilgrimage involves trekking through the reserve, which is allowed only between January and March, for which the Forest Department issues only 100 passes per day.

The conservation needs of this Reserve run parallel with the socio-economic development and preservation of the culture of its human population. For this, a greater role of the local governments has been envisaged. The Panchayats are involved in schemes of land improvement, soil conservation, and social forestry. Ecotourism is being promoted as an alternative source of income to ease off the pressure on forests. The Forest Department has imposed a ban on the lighting of fires for cooking and other purposes inside the reserve. The consumption of liquor has also been prohibited to prevent mischief and vandalism.