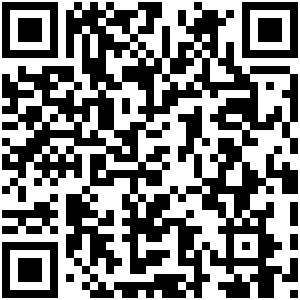 Eagles of Mehrangarh: Guardians of Marwar

There is a mysterious ritual that is practiced at Mehrangarh Fort on a daily basis till date. A ritual that has been written and spoken about, but to witness it first hand is a very rare possibility. Out of the many tourists who come to visit the Mehrangarh Fort and its museum, which is spread across seven-period rooms and six galleries, it is only the privileged few who get access to this one of a kind ritual that has been happening in the fort since it was built in the year 1459.

Every day, at around 3:30 in the afternoon, Latif Bhai a young slender looking man is spotted walking to one of the bastions of the fort with a bag in his hand. He never fails to greet the visitors who are touring the fort. While on his way to the bastion, he tells them to come to him the moment he gives them a signal. He also indicates that silence has to be maintained. He then quickly climbs up the stairs to the bastion.

On the rooftop he reaches into his bag and takes out a piece of goat meat. Holding the meat skywards, all of a sudden, what was till then a cloudless sunny Jodhpur sky, gets filled with a convocation of Eagles bolting from all across the sky. Latif keeps throwing the pieces of meat up and these regal birds pick them from mid-air. Legends say that the eagles wouldn’t pick the meat if it fell to the ground. Once the eagles arrive, he signals and calls all the awe-struck visitors towards him to finally reveal the age-old tradition. Latif goes on to empty the bag of meat in the air to feed the eagles, in front of his spellbound audience. Latif’s family has been serving the Maharaja for generations and this ritual is carried on by them generation after generation.

Eagles and Mehrangarh have a connection that date back to the time when the fort was built by Rao Jodha in 1459 A.D. Eagles were believed to be closely related to Karni Mata, who was worshipped as an incarnation of Goddess Durga, and she was also the Kuldevi of the royal family of Jodhpur. Around the year 1453, when Rao Jodha had been planning to regain his lost kingdom, Karni Mata appeared to him in his dream as an eagle. She blessed him with success and also told him the strategy needed to regain his lost kingdom. Ever since then, eagles have attained a very prominent place in the Marwar culture. Not just are they worshipped by the Royal family of Jodhpur, they also feature in the flag of the Ranbanka Rathores, in their coat-of-arms and in the emblem of the magnificent fort. Centuries later, the tradition continues, these magnificent birds of prey still fly above the ramparts of the Mehrangarh Fort and the ritual of feeding them carries on without fail.