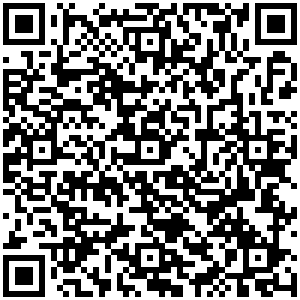 An Innovative Journey of Five Decades

Jeram Patel’s seminal contribution to the contemporary Indian Art is well recognized and is rightly seen as unique, in terms of evocative imagery and charged energy, which manifests existential, as well as spiritual queries and intents, in a free yet assertive manner. Starting from the Blowtorch on wood, in early sixties he gradually moved on to the black and white drawings, done in ink on paper, in a sustained way. And in the last five decades or so, he has expressed himself unfailingly, creating an oeuvre of visually absorbing and enchanting works on larger format as well. He has changed the very intent and notion about the genre of drawing; so much so that one would like to refer to them as Art Works and not just drawing. These works done with Chinese ink, using pen and brush both, do not construct the images by delineating forms- recognizable or unrecognizable-instead he charts the course of these black & white works in a most fascinating manner. Off late he has introduced colours, such as red, green, blue etc in his black and white works, and has enthused them further with newer perceptions of the colour and forms.

The potent images of Jeram Patel do not tend to subscribe to any identifiable objects, or forms from nature. His idea is not to represent a particular reality and create a thematic context, from which the viewer would start getting clues to decipher them. What he does is this – He marvelously transverses, yet another way of getting to the reality – He makes the images real in themselves, from which a journey starts for the viewer, to locate in them his/her own visual and intellectual perceptions, and concerns. But this is not to suggest that Jeram Patel’s images are absolutely free from contexts. The violence and upheavals of our times also do reflect in his works, and they seem to stand in opposition to the terror and injustices being afflicted on the human beings. And one can see or read in them the eye which feels concerned about the loss of love, care and faith, yet they seem to carry a multitude of perceptions and emotions, and relate to the deeper existential and spiritual intents; as I have referred earlier as well. The bends, the curves, the closures and enclosures and the opaque and transparent areas of his images, create a movement, an awakening of sorts, within the viewer. Thus each and every drawing invites us to ponder over and have a dialogue with it, instead of trying to decipher it on any easy terms and contents. The drawings can put a set of resemblances, from the real objects, or environs one is familiar with, but one is bound to cancel or reject each resemblance which may appear with any of the images, perhaps instantly, as it would seem that no resemblance is suitable or justifiable enough to come to terms with works. If a form or image resembles with an animal , or with archaeological excavation or an image of a tool or some used objects scattered on the ground; one cannot possibly cling to it only, as each image is capable of multiple refractions and not just one-thus in rejection or cancellation of the resemblances that may occur in our mind or perception, lies the true substance of Jeram Bhai’s works: in the very process of this sort of cancellation one goes through myriad experiences and in the explorative act finally reaches to a certain realization: a bodh. The bends, the curves, the coils, postures, the upward surges are not metaphors or symbols, they are a state of things in themselves, to be interpreted by us, to be lived and experienced.

In the early sixties when the Group 1890 was formed, Jeram Patel with J.Swaminathan, Ambadas, Himmat Shah and other contemporaries was in the forefront to bring in an innovative and creative fervor to the contemporary art scene. The inaugural show of the group was inaugurated by Pt. Jawahar Lal Nehru, and had a very supportive write up for the catalogue by Mexican Poet Octavio Paz, who later on was to receive the Nobel Prize. As a founder member of the group, Jeram Bhai, as he is fondly called in the art-circles was busy in exploring non-descriptive images, relating to the very core of creative ethos, and like a performer, with wood, blowtorch and certain other materials, made the image-creation an act in itself, purifying the pictorial space and imbibing it with certain emotive colors, especially black(which was created by burning certain areas of the woods) to invoke the sensory as well as the spirituous feelings and thoughts. These works were fresh in true sense of the term, and affirmed the presence of certain contemporary and new sensibilities, which were about to emerge in the Indian art-scene.

In his earlier drawings Jeram Patel used sharp lines to create images, filling black ink in certain areas only, but later on the drawings became more fluid as the ink- masses were applied substantially and more freely. The play between the white of the white paper and black ink-masses turned out to be wondrous, and the images created are just stunning. The line plays a role here as well, yet the focus is more on the volume and dense color areas and the images have a movement of their own. These images seems to breathe, roll, whisper, coil, spread and stretch, and are ever enchanting and stupendous.

Jeram Patel has taught many years in the famed fine arts faculty of M.S University of Vadodara, where Nasreen Mohamedi was also teaching and working. Both these artists had a great fascination for the black & white works, and their creative sensibilities, have contributed towards a wide-range of inspired drawings by the generation of artists which were to follow, as well. Thus Jeram Bhai, and Nasreen Mohamedi are also to be remembered, as the artists generating a new interest in black & white drawings on paper, and opening up a whole new perception about the genre per say. Apart from teaching at the M.S University Vadodara, Jeram Patel at one stage was also professionally involved in the weaver’s service centre set up by the Handloom board. Although, there is nothing to suggest that his job at the service centre, dealing with textile design, has in any way influenced his creative works; yet his experience as a formidable teacher and designer, is also to be taken into account in appreciating his life and works. His explorative affirmations in anything he does professionally or creatively are well matched in his conversations and dialogues with fellow artists and friends. A man of few words, Jeram Bhai has a clarity, and intensity, in his speech, and writing(which he occasionally does bye the way of write-ups for the catalogues of young artists and students) and tends to assert that for him nothing but the creative purity and integrity is all that matters.

Right from the beginning of his career Jeram Patel was never drawn towards any trends, and fashions, which seemed to dominate or prevail in the art-scene, and has always charted and traversed his own path, creating an oeuvre of significant and marvelously executed works. He has tried various mediums, and has worked on canvas also, and has done painting on ply board, yet it is the medium of black and white works on paper to which he has apparently come to settle down. It is a matter of celebration that in the recent years he has been exhibiting his works regularly in art centres like Delhi, Mumbai, and Vadodara, and has been participating in the selected group shows as well. In terms of quantity and quality both, his works of recent years are captivating and by subtly adding more colours, in his black & white works, he in fact has transformed them into works which shimmer and exhilarate a whole range of emotive experiences, delving deep into the very inner world and thoughts of the viewer. The metaphysical and the spiritual quest, to which ultimately, these works try to lead us into, may not be overtly present in the images, but gradually one is bound to be part of this quest, as the potent images, in their vibrations, silences and in their postures are not only absorbing and awe-inspiring, but are also there to engulf us into their own invigorating solaces and mediations. Like an experienced marksman Jeram Patel seems to hit at the apt image each time to register and realize experiences which may be related to social, natural events, or calamities or happenings, yet which are assimilative of multitudinous existential probing, in the primordial, as well as present settings, in a most endearing manner.