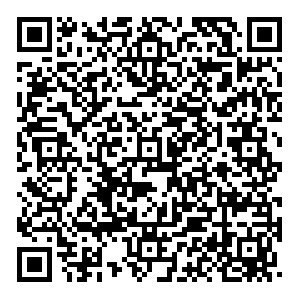 It may be just an ordinary-looking leaf, but a bay leaf is packed with flavour, aroma, health and wellness.

It is a herb that can be traced to ancient times. The Bay laurel (Laurus nobilis, Lauraceae), similar to the bay leaf, was the main constituent in the wreaths of laurel used for crowning the victorious athletes in ancient Greece. Also known as Sweet Bay or Sweet Laurel, it is one of the most commonly used herbs. Its history dates back to the legends of the Greek god Apollo - god of prophecy, healing and poetry. Legends say that Apollo was madly in love with a nymph named Daphne and to spurn him, she turned herself into a bay tree commonly found on the Greek isles. When Apollo came to know about it, he declared the bay tree sacred and wore a wreath of its leaves on his head, in memory of Daphne. This tradition has been carried forward in the same manner, crowns of bay leaves (wreaths of laurels) were given to victors in battle and sporting events in ancient Greece and Rome.

It is fascinating to learn that the two terms baccalaureate and poet laureate owe their origins to the same tradition. The term baccalaureate means reward for earning a bachelor’s degree (berries of laurel), and poet laureate is an honour given by a government to someone to compose poems for special events. So, Bay Laurel, as old as it maybe, has been immortalised. The bay leaf and the bay laurel are considered one and the same today.

Bay leaves are fragrant and are used in whole – either fresh or dried. In their dried form, they can also be powdered. The dried bay leaves have a stronger aroma than the fresh ones. In fact, the bay leaf is known more for its fragrance than taste. Most cuisines call for the dried bay leaves. These leaves are elongated and thick with very pointed ends. The irony is that while these leaves are added to enhance the flavour and aroma of a dish, these are often removed just before serving, probably due to its ungainly size or its tendency to overshadow the flavour of the dish itself.

Apart from the fact that the bay leaf is used the world over in cuisines and in the manufacturing of curry powders, the tree has also been found useful by the wood industry in the making of wooden bowls, spoons, tables, jewellery boxes, cabinets, doors etc. Another interesting fact about the bay leaf plant is its association with music. The tonewood of the California Bay Leaf plant is much sought after by the makers of stringed instruments for making violins and guitars. The bay leaf is also a very good pest and bug repellent. Though safe for humans, its smell is toxic for insects and pests. In its dried and powdered form, it can be sprinkled around the corners of the home to repel cockroaches, ants, fleas and other bugs.

Just as we typically burn incense sticks, bay leaves are also burned in homes and places of worship as a part of spiritual rites and rituals. The bay leaf is believed to contain a multitude of chemicals that are released on burning and are beneficial to the body. Burning a bay leaf has also been found to relieve stress and fatigue. The combination of chemicals (specifically the chemical linalool) in the leaves creates smoke that, when inhaled, calms the body and the mind. Although there is no medical research to prove this, patrons also associate bay leaf smoke with more focused meditation. Inhalation of this smoke is also said to boost one’s immune system and treat respiratory issues. It is believed that consuming about 1 to 3 grams of fresh bay leaf regularly, can also help one to effectively deal with Type II diabetes.

Burn and banish negativity with a bay leaf