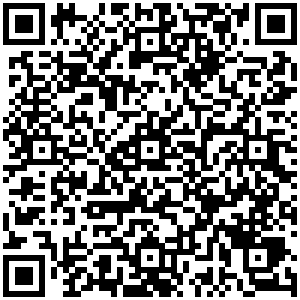 Black Pepper: The King of Spices

Black Pepper is considered the 'king of spices' and rightfully so. Unlike its perennial companion, salt, which is easily available in any nook and corner of the world, the black pepper owes its origins to Kerala – a state in South India. Pepper, in fact finds a mention in Greek and Roman history. There is a narrative about how the Egyptian Pharaoh – Ramses the Great (1303-1213 BC) had peppercorns stuffed in his nostrils when he was mummified. This fact suggests the existence of trade relations between Egypt and India during ancient times. That’s how old this spice is!

Pepper and peppercorn are at times talked off in the same breath. However, to set the record straight, peppercorns are the fruit of the piper nigrum flowering vine, while black pepper is the ground up peppercorn.

Black pepper in its two forms: peppercorn and black pepper

The word “pepper” is a derivation of the Sanskrit word pippali, in Latin piper, and pipor in Old English. In India, Malabar was the first home for black pepper and the finest Indian pepper continues to come from this region. Even before Alexander the Great set foot on the Indian soil, the flavour of pepper was well known to the people of this region. It has been around since time immemorial. This is one spice that was prevalent in Biblical times too. It was later in the Middle Ages that pepper attained a new found status in the world of “fine cooking”. The importance of this spice exceeds its culinary uses. It was considered as a valuable commodity that could serve as tribute. In 410 CE, when the Huns lay siege of Rome, 3000 pounds of pepper was demanded as ransom. Such is the prominence that pepper enjoyed in ancient times.

Green and Black pepper on vines

The pepper plant is a perennial, climbing plant and the reason why it thrives in the Malabar region is because of the ample rainfall there. These vines twine around woody trees like rubber for support. Rainfall combined with hot temperatures and partial shade are the best possible conditions for this plant to flower, fruit and flourish. A woody climber, it reaches a height of about 10 metres by means of its aerial roots. The leaves are green and glossy and they grow alternately on the stem, opposite spikes of delicate flowers that grow in clusters. The berries then follow and these are the pungent fruit, or peppercorns. Its takes about 3 years for the vine to start bearing fruit and about 7 to 8 years for it to reach maturity and bear a full crop. The life span of a vine is about 20 years.

Peppercorns come in different colours – green, black and white. These in fact, are only different stages of its ripeness. It’s the process of harvesting and processing of the fruit that gives them different colours. Their tastes vary accordingly. Green peppercorns are picked before they are fully ripe, and are used fresh, pickled, or carefully dried, to retain their unique colour. Black peppercorns, the most popular ones, having the strongest flavour, are obtained by drying the immature green berries in the sunlight until they get wrinkled and black. The berries that are left on the plant to fully ripen then turn red in colour. These red peppercorns are then soaked and peeled, producing white peppercorns. It must be noted that white peppercorns stay on the vine for a much longer time and hence not only they taste different, but are also more expensive than the green and black.

Green pepper is often frozen and dried. It is then preserved and used in soups and salads. The processed food industry uses it in sauces and other preparations. On the other hand, black pepper is a household name; it is used the world over and is a universally accepted ingredient in almost all applications where spice is used, except in sweets and desserts. In comparison, white pepper is used less frequently. This can be attributed to the fact that it is less pungent and suits those who have a milder palate. Black pepper has a longer shelf life than the white pepper – the reason being that the white pepper has been on the vine longer and hence its lifespan gets reduced. Health wise, both these variations of pepper, i.e., black and white, are of immense value. Black pepper, though pungent and fiery in taste, is said to be sweetness personified in the digestive tract. It aids the process of digestion and helps battle any bacterial growth in the intestinal tract. A sure-fire remedy for colds and coughs, it also boosts metabolism, aids weight loss, treats skin problems, reduces heart and liver ailments, and also helps reduce the risk of cancer.

So, whether black or white, if it’s part of your diet, you’ve got it right!