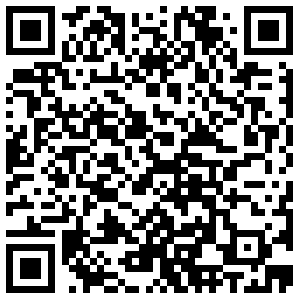 This artefact is commonly recognized as the Pasupati Seal or Proto-Siva seal. It was excavated at Mohenjodaro within the Indus valley which is dated to approximately 2500 BC. Made of steatite, it is a rather small object measuring a mere 3.4cm in height, 3.4cm in length and 1.4 cm in width. One can currently find this artefact in the Indus Valley civilization Gallery within National Museum, New Delhi

What we call the Indus Valley Civilization today was not always known to us in the detail to which it is now. The geographical location of the excavation site was chanced upon many times and even minor excavation projects were carried out by archaeology-enthusiasts on their own accord but any artefacts recovered were discarded as historically irrelevant or belonging to a much later time period. It was only in the 1920s when Daya Ram Sahni and R.D. Banerji began excavating in modern-day Harappa and Mohenjodaro did the real importance of site come to be unearthed. The formal announcement of the discovery of the Harappan civilization was made in 1924 by John Marshall, the then Director-General of the Archaeological Survey.

The famous seals of the Indus Valley Civilization are small rectangular pieces that have been found in abundance across the expanse of the civilization. They have been called seals as their imprint has been found on clay pieces with remnants of cloth fibre. It is believed by historians that their utility may have laid in imprinting a symbol of the trader or the consumer to seal or mark the items that were being exchanged. Crafted out of steatite, they were engraved using copper tools to feature the Indus script and drawings of animals and humans as well. The drawings on the seals have thrown immense light on religious practices and provide a glimpse of everyday life. In the end, the seal was baked to lighten the colour and harden the surface.

This rare seal shows a seated figure in yogic posture, probably Shiva (also known as Pashupati). It is usually thought that the figure has three faces although the one in question has just one, the legs of the figure are bent twice, heel to heel and his toes are turned downwards. His arms are outstretched and his hands are rest on his knees. From the wrist to the shoulders, the arms are covered with bangles. He is wearing triangular necklaces and his head is crowned with a pair of horns creating a tall headdress. On either side of the “God” are animals - an elephant, a tiger, a rhinoceros, a man and a buffalo.

A horned headdress implies beastly characteristics. All male figures with horns on Harappan seals have been believed to suggest an association with Siva's imagery since Siva is strongly associated with the bull. Thus Pashupati seal is also called 'Proto-Siva'. The shape created by the hands of the figure (Mudra) and Yogic posture (asana) are linked with meditation and yogic practices. Therefore it has been surmised that some beliefs and practices of Harappa civilization were the base of the Indic religion. Further, the animals surrounding the male figure have been related to Siva's Pashupati avatar as he is the 'Lord of Beasts.' The arrangement of four animals suggests a mandala, a cosmological diagram known in Saivism and other Indic religions. The pair antelope which got broken off indicates Buddhist iconography and the seat resembles a throne, used in Indic religions to highlight the rank of the person who is sitting upon it.