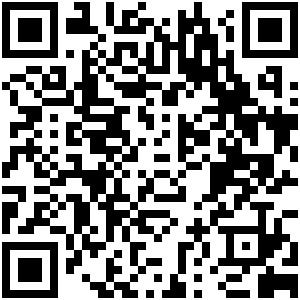 Textiles and Fabrics in Ancient India

The story of textiles in India is one of the oldest in the world and goes back to prehistoric times. Examples have been found depicting waist garments in the cave paintings of the Mesolithic era but concrete evidence of textile production and use starts appearing from the proto-historic times i.e. 3rd Millennium BCE. The evidence of wild indigenous silk moth species from Harappa and Chanhudaro suggests the use of silk in the mid 3rd millennium BCE.

Tragically, none of the wealth related to ancient Indian textile manufacturing has survived but this lack of tangible evidence is counterbalanced in part by an abundance of archaeological finds and literary references. The excavations at the site of Mohenjo-Daro (C.2500 to 1500 BCE) revealed the presence of dye vats together with woven and madder-dyed (a herb dye) cotton fragments wrapped round a silver pot. This reflects an advanced understanding of the process of colour fixing on the cloth by the use of a mordant, an organic oxide which combines with a dye and fixes it in a material.

Further, a stone sculpture recovered from excavations is carved out in a relief very clearly depicting a patterned cloth draped around the figure. These two pieces of evidence are clear testimony of a mature textile craftsmanship existing in the ancient Indian civilization.

The discovery of spindles and spindle whorls in the houses of the Indus Valley inferred that spinning of cotton and wool was very common. The earliest specimens of spindle whorls of stone, clay, metal, terracotta or wood have been found from the Indus sites at Harappa, Mohenjo Daro, Chanhudaro, Lothal, urkatoda and Kalibangan. Cotton is believed to have occupied a prominent place among the commercial crops of Harappans.

From the archaeological evidence, we get a glimpse of the costumes worn during Harappan Civilisation. The Mother Goddess figurines which are bare to the waist tell us that women wore a very scanty lower garment reaching down upto the knee.

From the figurine of Priest King with trefoil (three fold leaves design) from the site at Mohenjo-Daro, it appears that a robe, with or without embroidery, was worn over the left shoulder and under the right arm. The figure of a man on a shard found at Harappa appears to be wearing breeches or a close clinging dhoti.

The art of sewing was also practiced in ancient India as is evident from the number of needles found at the site. Evidence of textiles is lacking for the 1000 years following the decline of ancient sites of the Indus Valley but the Greek physician Ctesian’s writing in the early 5th century BCE mentions the popularity of brightly coloured Indian textiles among Persians indicating that Indian fabrics were exported even after this period.

From the Vedic period (1500-800 BCE) we get references to materials and manners of dressing which point to the developments in the textile history of ancient India. A weaver in the Rigveda is described as vasovaya. The male weaver was called vaya whereas a female weaver was called vayitri. The Rigveda refers mainly to two garments, vasa or the lower garment and the adhivasa or the upper garment. In the later samhitas, the nivi or undergarment had also come into use. The atkal (garment) appears to be described as woven and well fitting. Often there are mentions of mantle or covering cloth and a cloak symbolizing authority. References to embroidery also surfaces in Vedic texts in the form of pesas or an embroidered garment which seems to have been used by female dancers.

There seems to have been a general fashion for dressing well and this can be inferred from words like ‘suvasas’ and ‘suvasana’ or well-clad. Garments were of various colours and by this time in history, the use of clothing was very firmly established and the use of clothing metaphors are very frequent in the Rigveda. In a hymn dedicated to Indra, praises and hymns are compared to elegant well-made garments or vastrevabhadra Sukrita as being fit to be received as a respectful present. urna sutra (woolen thread) is constantly mentioned in the later Samhitas and Brahmanas.

The dress of the later Vedic period also seems to have consisted of nivi, vasa and adhivasa. The use of silk and wool in this time becomes apparent from the Satapatha Brahmana which describes a set of sacrificial garments as consisting of a silk undergarment (taipya), a garment of undyed wool and a turban. The frequent use of terms for ‘warp’ and ‘woof’ shows the development reached by this time in the art of weaving.

The earliest reference to the printed fabric is found in the word ‘Chitranta’ in Apastamba Srauta Sutra from the Vedic era. Yajnopavita, the sacred thread worn by Brahmins, was made from cotton yarn.

The Post Vedic period witnessed two divergent lines in respect of the nature or source of materials used for textile purpose. Those pursuing Vedic line of animal sacrifice sought the major source of clothing in skins, while others, the Buddhists and Jains in particular, in cotton.

The Sanskrit epic Mahabharata (c. 400 BCE-c. 400 CE) mentions silk fabrics among the presents brought to Yudhisthira by feudatory princes from the Himalayan regions. References of weaving are very common from Rigveda onwards. There were female weavers from earliest times. The Mahabharata also refers to printed cloth. The usual word used for printed clothing is chitra vastra. This clearly shows that fabrics were also printed in ancient India. In the Mahabharata, there is a reference to the ‘Mani Chira,’ probably a south Indian fabric with pearls woven into the fringe.

Scenes from Mahabharata on Gouache and gold paper, c.1650 from Detroit Institute of Arts Museum showing different kinds of costumes of that period

According to the Valmiki’s Ramayana (5th/6th – 3rd century CE), the trousseau of Sita consisted of woolen clothing, furs, precious stones, fine silk vestments of diverse colours, princely ornamental and grand carriage of different kinds. The veil, bodice, and body clothes are repeatedly mentioned in the epics Ramayana and Mahabharata. The upper and lower garments used by the bride as well as groom at the time of the wedding were made of silk fabric with swan motifs woven over them. In Ramayana, there are numerous references of printed cloth. The ladies of Ravana wore garments of variegated hues; printed carpets, printed blankets and printed dresses were distributed as gifts.

A treatise on statecraft, Kautilya’s Arthashastra (4th Century BCE), dealt with methods for distributing materials to spinners and weavers whether the workers were guild members or worked privately at home. It mentions ‘ordinances’ to distribute materials to spinners and weavers. The fabrics referred in this book include white bark from Bengal, linen from Banaras and cotton from south India. It also refers to a very soft and delicate class amongst the varieties of blankets.

In Arthashastra, cotton as a source of the king’s revenue is discussed, but the emphasis is largely on skins and wools, or at the most on silks, grasses and plant fibres. Megasthenes, a Greek ambassador to the court of Chandragupta Maurya, in his book Indica mentions that Indian robes are worked in gold and ornamented with precious stones and they wear flowered garments made of the finest muslins.

The Buddhist literature refers to different types of textile fabrics like linen (Khoman), cotton (kappasikam), silk (kosseyam), etc. Other related words found in the text are the weavers (tantuvaya) , the place of weaving (tantavitatatthanam), weaving appliances (tantabhanda) and the loom (tantaka). Jatakas refers to tools for spinning and weaving. Silk is mentioned in the Buddhist Jatakas and the Pali literature presents a rich picture of textile art of the Buddhist period, and describes fabrics including the famous fabric of Banaras known as ‘kaseyyaka’ (silk of Benaras) and woolen blankets of Gandhara of a bright red colour.

The Bodhisattva wears a cap topped with a bow, a long flowing upper garment and dhoti. British Museum, London. Image Source: The Journal of Indian Art and Industry, Vol. VIII

The Jain texts mention cotton thread (Kappasikasuttam) and cotton cloth (kappasi kadusam). Panini, an ancient grammarian in Ashtadhyayi (5th/4th century BCE, oldest surviving grammar text) mentions tula, perhaps cotton, as one of the prevalent fabrics. He refers to the tantra as loom, avaya as the place where the weaver plied his loom and pravani as the shuttle. Patanjali describes that the spinner spun the cotton in three categories- very thin, medium, coarse. Kautilya describes that threads (sutras), coats (varma) and cloth (vastras) were manufactured by skilled artisans. The Arthashastra refers to the superintendent of yarns (sutradhyaksa) responsible for regulating yarn spinning.

Headless statue of Kanishka, ruler of Kushana dynasty, 1st century BCE. The King wears a tunic, a belt and a long overcoat.

In the Gupta period, fine quality fabric was manufactured for the elite class and coarse fabric was made for the poor. In Amarkosha (a thesaurus written during the Gupta period) we find words connected with cotton cloth (karpasam, phalam), thread (tantu, sutram), tool for weaving (vema, vamadanda) and the weaving of cloth (vani, vyuti).

In this period, fine cloth with a beautiful goose pattern is referred to by Kalidas as forming the dress of Parvati. In the 7th century, Banabhatta refers to costly textiles manufactured by the tie-and-dye process in a variety of designs. Egyptian mummies are known to have been wrapped in Indian muslin. A fragment of resist-dye cotton cloth was discovered in Central Asia too.

An eye-witness account of the dress of the 7th century BCE was given by Hieun Tsiang, a Chinese monk traveler who mentions that mostly white garments were worn. ‘The men used to wind their garments round their middle, then gather them under the armpits, and let them fall down across the body, hanging to the right. The robes of the women fell down to the ground and completely covered their shoulders.’ He mentions the garments were made of kiau-she-ye (product of wild silkworm) and of cotton and of T’so-mo (kshauma) which is a sort of hemp garment made of kien-po-lo (blanket) which is woven from fine goat hair was very valuable and regarded as fine clothing. In North India, people wore short and close fitting garments. The costumes were of varied colours and the sramanas (monks who practiced ascetic and practiced a lifestyle in pursuit of spiritual liberation) wore robes.

Buddha sculpture, Gupta period, 5th century CE depicts Buddha’s left hand holding up a portion of the outer robe or sanghati. It shows that long hanging cloths with pleats was a favoured garment in that period. Image Source: Wikimedia Commons.