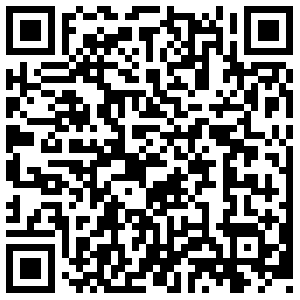 ‘…Finally I was ushered through many dark passages into a courtyard, where there were a dozen fellows with hawks; from that again to another court, and then up some steps, when I found myself in a comfortable room, where the maharajah spends his leisure time photographing. Praying during the lightest hours of the day, he can have but little time for anything that demands light… The windows of this photographic-room look over a charming garden, beyond which rise the hills that encircle Jeypore, on whose precipitous sides I can yet trace in gigantic letters, the "Welcome to Jeypore", placed there for the visit of the Prince of Wales.’

This is the description Prinsep gave when he visited the Maharaja of ‘Jeypore’.

Sawai Ram Singh II, who ruled Jaipur from 1835 to 1880, was born in 1833. He was hardly two years old when he was made the Maharaja of Jaipur. He is popularly known as India’s first ‘Photographer Prince’, who had both a passion and skill in the art of photography. He was born at a time when immense changes were taking place in the country, with regard to not only the freedom movement, but also socially and culturally – the Indian society was going through massive changes in its social, political and cultural milieu.

According to a museum publication of the 1980s, the then keeper of the museum Yaduendra Sahai suggested that the Prince’s early tryst with photography began with the visit of the photographer T. Murray to Jaipur in 1864. Murray was also appointed the court photographer at Jaipur. Though one cannot be entirely sure of this conclusion. There were other visitors to the court of Jaipur, who also provide some evidence as to how photography became an integral part of the Maharaja’s life. When the French photographer Louis Rousselet met Ram Singh in 1866 at Jaipur, he recalled how their conversations ‘turned to photography’ amongst other things and realized that the Maharaja was not only ‘an admirer of this art, but a skilled photographer himself.’

He specialized in portraits, which broke many a rule of the court, as we can see from the photographs he took of the residents of the Zenana, thus giving us a glimpse of the ‘unseen’. Historians mention that his photographs included the Hindu and Muslim women, superior concubines (pardayats) and junior mistresses (paswans) as well. By doing this, he also challenged the many stereotypes the British had about Indian women. His collection also had images of the nobles and the randees of the court and tailors too.

The Maharaja was known to be progressive and changed with the times. He set up an all-girls school in 1967 in Jaipur, which was certainly not the norm in those days. He also set up a Maharaja’s College where both English and Sanskrit were taught, which shows that he wanted the best of both the worlds and was aware that change was inevitable. He was also a member of the Bengal Photographic Society, which was instrumental in increasing his interest in the art, even before he had acquired his first camera.

The collection of the Maharaja numbered around ‘6,050 individual photographs, contained in 105 albums and some loose prints, and 1,941 glass plate negatives containing 2,008 images’ in his ‘photokhana’. Archivists also mention how the other source - ‘his diary’ played a significant role in revealing the ‘nature of his practice’. It was filled with bullet points, as he noted the important activities of the day. He spoke about his travels, which he documented extensively, like the Maan Mandir at Benares, the Taj at Agra, the Garh Palace of Bundi, the ruins of the Residency at Lucknow, amongst many others (. This tells us that he took his photography ‘outside’ the court as well.

When one looks at the images created by the ‘Photographer Prince’, one sees how the prince was influenced by the changing times. He broke many stereotypes along the way. By making the portraits of the women, he certainly was successful in bringing the ‘private’ to the ‘public’. Sawai Ram Singh spoke through his images, thus giving us a glimpse of the royal life - their jewellery, their dresses and their religious leanings as well. He certainly was successful in creating an archive of his court which has now become an integral part of the Sawai Man Singh II Museum Trust at Jaipur. He has contributed a great deal not only towards the history of photography in India, but also towards its social and cultural history.

Unidentified women of the Zenana 1870 KE - Five pardayats sit on chairs in a courtyard, wearing churidars and odhnis. The woman in the centre seems to be holding a lapdog, which appears blurred, as there must have been some movement during the period of exposure.
Image courtesy: Maharaja Sawai Man Singh II Museum, City Palace, Jaipur

Unidentified members of court c. 1870 CE – the one who is holding a book is apparently a scholar among the soldiers. The person seated to his left is holding the more conventional sword. The image is unusual for a collection primarily of single portraits.
Image courtesy: Maharaja Sawai Man Singh II Museum, City Palace, Jaipur