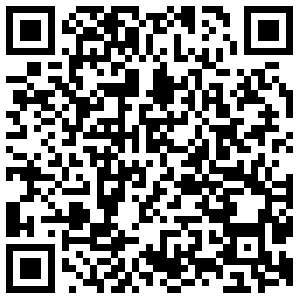 Bahadur Shah Zafar (also known as Aboo Zafar) ascended the Mughal throne in 1837 at the age of 62. He succeeded his father, Emperor Akbar Shah II.

Zafar (meaning 'victory' in Persian) was a poet and an artist.

“The eldest son of his late Majesty Mirza Aboo Zuffer has quietly succeeded to the throne under the usual salutes. The customary huzurs were presented to him. Since when a full durbar has been held and all is tranquil in the Palace.”

Zafar had been on the throne for twenty years when the First War of Independence took place in 1857.

THE COURT OF ZAFAR

Zafar was not only an avid poet himself but also a patron of art, language and poetry and hence we find more writers and poets, rather than warriors in his court. The two most revered personalities at court, in the field of art and poetry were Ibrahim Zauq and Mirza Ghalib.

THE DAY OF THE REVOLT

On the morning of 11 May 1857, Delhi and various other parts of the country were convulsed by a rebellion. When the revolutionaries approached him, being an innately sensitive person he was reluctant to lead them. Nevertheless, he did agree to become the leader of the Revolt of 1857. Soon, the revolt that had spread to other cities in North India was crushed by British troops.

In Delhi, under the command of General Nicholson, the first three columns gathered in and behind Qudsia Bagh, a former summer residence of the Mughal Emperors. The fourth column was intended to attack only when the Kabul Gate on the west of the city walls was opened by the other columns. The fifth column and the cavalry were in reserve.

The third column attacked Kashmiri Gate on the north wall. Many British soldeirs were wounded and killed. The explosion demolished a part of the gate. Meanwhile, the fourth column encountered a rebel force outside the Kabul Gate before the other columns attacked and were thrown into disarray. This confrontation led to heavy casualties, leading to Nicholson’s death.

The British later moved to the Church of Saint James, just inside the walls of the Kashmir Bastion. They had suffered 1,170 casualties according to intelligence reports.

The damaged Kashmiri Gate. Circa 1860.

The King and his sons being captured by William Hodson.

CAPTURE OF ZAFAR AND THE ROYAL FAMILY

The outbreak of the revolt in Delhi in May culminated in the final British clamp down on the Mughal rule. On 19th September 1857, Red Fort was captured. The King, along with the other members of the Royal family had already fled to Humayun’s Tomb for refuge.

On 21st September, due to the exertions of Major William Hodson and his intelligencer, Maulvi Rajab Ali, Bahadur Shah Zafar surrendered on the condition that his life and that of his wife, Zinat Mahal will be spared. The very same day, he was taken prisoner by Hodson.

The British confined him in the house of Zinat Mahal in Lal Kuan under the supervision of a European guard and made it clear that he will not be entitled to any royal treatment because of his former designation. Rather, he would be guarded according to his present position of a prisoner.

The very next day, Hodson and his cavalry again surrounded Humayun’s Tomb and captured two sons of the King, Mirza Mughal, Mirza Khizr Sultan and his grandson, Mirza Abu Bakr, “all of whom had been prominent in the insurrections.” They were made prisoners and shot in cold-blood by Hodson at a location (today known as Khooni Darwaza or the Gate of Blood) near the Delhi Gate. W. Muir, in-charge of the Intelligence Department wrote, “their bodies are now lying at the Kotwali where so many of our poor countrymen were murdered and exposed.”

Simultaneously, the British were also carrying a heartless rampage in Delhi. On 14th September 1857, Delhi was assaulted and by the 20th was captured by the British.

Zafar lamented about this event in the following verses:

Alas! What a revolution, due to cruelty of the age
Delhi slipped out of Zafar's hands in a moment.

It was as if the city of poets was stripped of its couplets, like no ink was left in its pen. "Chandni Chowk, and in fact every street in the place, presents a most mournful spectacle of ruin and desolation.”

A letter from the Military Secretary to the Chief Commissioner of Punjab, John Lawrence, stated that, “ No sign of a mutineer is now to be seen in Delhi.”

The senior British officials were envisaging a trial for Bahadur Shah Zafar and other members of the Mughal royal family. It was desired “to get out of the King as much as possible connected with the insurrection.”

Initially, General Wilson proposed to send the King to Gobindgarh in Lahore. He believed, it was unlikely that there he would receive any sympathy and become a central figure in the resurgence of the rebellion. He also wanted him to be tried before his departure because he believed that there was a substantial amount of evidence to prove his involvement in the Revolt.

Meanwhile, Mirza Qwaish and Mirza Abdullah, sons of Zafar managed to escape from Delhi which highly disappointed the Chief Commissioner of Lahore, John Lawrence. He stated that if this laxity continued, then it would lead to a general outcry. He declared that more and more members of the royal family be tried and that too without any further delay.

The British were very insecure about the ‘Ex-King,’ as they called Bahadur Shah Zafar and felt that no honor should be shown to the King or any of his family members and they should all be tried and punished for their involvement in the revolt as soon as possible.

In October 1857, it was decided that the King would be sent to Allahabad under a strong escort and brought to trial under the Act XIV of 1854. Two special commissioners and a prosecutor were appointed by the British. In case, the King was found guilty, the sentence was to be passed without any further reference to the Governor General in Council. Zafar was given a week to prepare his defence.

In December 1857, the Chief Commissioner of Lahore, John Lawrence wrote that it was not expedient to prepare specific charges against the King on which to try him. Rather, all evidence against him be presented in front of the Commission. “All this was simply for record, he is not being tried for his life.”

On 27 January 1858, in Red Fort, the trial of Bahadur Shah Zafar began on the charges of rebellion, treason and murder. It lasted for around two months. Zafar was convicted and sentenced to be exiled to a place decided by the Governor General in Council.

With the fear that the descendants of Zafar in future might challenge the British authority, they decided to deport the royal family to a distant place and keep them under surveillance.

They also proposed that, “the entire expatriation of the whole race, whether innocent or guilty without distinction of age so that there may not remain or arise in India a single person to whom the disaffected can point as the representative of the Mahomedan dynasty.”

The Royal family was first sent to Allahabad and eventually to Calcutta as prisoners. Zafar was accompanied by his wife Zinat Mahal and their two sons, Mirza Jawan Bakht and Mirza Shah Abbas. C. B. Saunders, the new Head of Civil Administration in Delhi, wanted that the departure of the royal family be kept a secret to avoid any possibility of their rescue.

Soon, it was decided that they will be deported to Rangoon where they would be kept in confinement.

On 4th December 1858, Zafar along with his family was transported from Diamond Harbor to Rangoon on the Ship ‘Magoera,’ and reached there on 10 December 1858. According to a British report, his arrival didn’t cause any excitement amongst other Indian residents there.

After reaching Rangoon, Zafar and his family members were initially made to live in tents. Later, a building of teak was made for their permanent stay where they were shifted. It was located near the main guard house which made it convenient for the European officer to visit them every day in the morning and evening as part of surveillance.

“The old and the enfeebled Ex-King,” generally sat in the veranda in the upper story. He watched the passers-by and gazed at the shipping. It was a respite from an otherwise monotonous prison life. Pen, ink and paper were prohibited for them. The public was not allowed to meet them and even the servants could gain access only through a daily pass issued by the European officer.

The 'Enfeebled Ex-King' in his last days in Rangoon.

Bahadur Shah Zafar was 83 years old when he arrived in Rangoon. During his stay there, his health declined further. He had developed paralysis in the throat region and finally succumbed to it on 7 November 1862. He was buried in an anonymous grave.

Zafar was not only the last Mughal Emperor. He was also the prominent face of India’s First War of Independence.

not be entitled to any royal treatment

lying at the Kotwali

send the King to Gobindgarh

expatriation of the whole race

sent to Allahabad and eventually to Calcutta