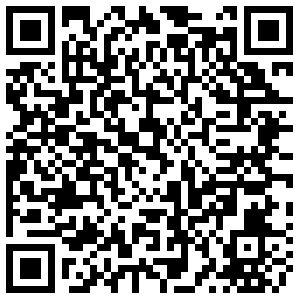 A small town on the banks of River Ganga, near Kanpur, Uttar Pradesh, Bithoor is a place of great religious and historical importance. The town has been mentioned in ancient Hindu manuscripts. According to legends, Bithoor became the residence of Lord Brahma after Lord Vishnu  recreated the universe.

Later, Bithoor flourished under the reign of emperor Uttanpad. His son Prince Dhruva (who grew up to be a saint) was a great devotee of Lord Brahma. It is said that Dhruva meditated on one foot to appease Lord Brahma. Delighted with his dedication and devotion, Lord Brahma appeared before him and granted him the boon of immortality and Dhruva became a shining star in the galaxy. The star Dhruva Taara is named after him. Moreover, Dhruva Teela (Dhruva’s Hill) still stands in Bithoor as an evidence to the penance performed by Dhruva.

Bithoor is considered to be a prominent religious place because of its association with the ancient text, Ramayana. The town houses the Valmiki Ashram. It is believed that sage Valmiki composed the Ramayana in this ashram. Goddess Sita took refuge in Valmiki Ashram during her exile and gave birth to Luv and Kush. A place inside the Valmiki Ashram is known as Luv-Kush Janmsthal. It is said that Luv-Kush received their education from Valmiki at this spot. The ashram also consists of Sita Rasoi, which is believed to be Goddess Sita’s kitchen during her exile. Another site, Sita Patal Pravesh, is the site where she decided to unite with mother Earth. Additionally, Lord Hanuman is believed to have stayed in Valmiki Ashram while searching for the whereabouts of Luv, Kush and Goddess Sita. Therefore, Valmiki Ashram has immense religious significance.

In the 18th century Maharaja Tikait Rai Bahadur, Diwan of Awadh built a bathing structure of red stone in Bithoor, which is known as Patthar Ghat. This ancient structure stands on the banks of the river Ganga and houses a temple devoted to Lord Shiva, in which the Shivaling is made from the Kasauti Stone.

During the British Raj, Bithoor used to be a part of Cawnpore (today known as Kanpur) district in the United Provinces. It played a significant part in the First War of Independence of 1857. Rani Laxmi Bai, a freedom fighter spent her childhood in Bithoor. The Siege of Cawnpore (5th - 25th June 1857) is said to have started in Bithoor near the premises of Bithoor Fort. Nana Saheb (adopted son of Maratha Peshwa Baji Rao II) was banished to Bithoor after which Bithoor Fort became the headquarters for planning the fight against the British. Prominent freedom fighters such as Rani Laxmi Bai, Nana Saheb, Ram Chandra Pandurang and Tatya Tope started the revolt against the British in Bithoor. The actions of the force led by Nana Saheb resulted in the killing of over 300 British men, women and children during the Siege of Cawnpore.

General Havelock captured Bithoor on July 19, 1857. Bithoor Fort, ghats and temples were set on fire by the British officials in which Mainawati, Nana Saheb’s 14-year-old daughter was also burnt to death. To commemorate the memory of Mainawati, the State Government named a road Mainawati Marg in Kanpur.

Around 25,000 men, women and children of Bithoor were killed by the British to spread terror and their bodies were found hanging on the trees of the town. Bithoor is remembered as a place where a large number of people were mercilessly killed for revolting against the British empire. At present, what remains of the Bithoor Fort is only ruins.

All Souls’ Church (25 kilometers from Bithoor) was built in the year 1875 to honour British officials who were killed during the Siege of Cawnpore. The church premise also has a Memorial Well erected to mourn the lives of the British women and children who lost their lives in the Battle of Bithoor.

The state government has now established a memorial park, Nana Saheb Smarak. It consists of a museum, a gallery containing historical relics from the colonial period like Royal Orders, coins, stamps and other antiques. It also has statues of Nana Saheb, Rani Laxmi Bai, Tatya Tope and other freedom fighters who started the Siege of Cawnpore. It is believed that the park has old banyan trees on which were hung the residents of Bithoor after British officials ordered mass hangings after the siege of Cawnpore. Those historic trees have been preserved as a testimony to the struggle of the people of Bithoor against the British.

According to a legend, before renouncing his titles and going to Nepal, Nana Saheb threw his jewels in a well. The well is now located in the Nana Saheb Smarak. The whereabouts of the jewels are still not known.

The descendants of Maratha Peshwas (Nana Saheb and his generals) still reside in Bithoor and its adjoining areas. The Maratha names of those who reside in Bithoor include Tope, Moghe, Taknikar, Sapre, Hardekar, Sehajwalkar, Athwalle and Pinge. The descendants hoist the tricolour on every Independence Day (since 1947) at the spot  where Nana Saheb used to formulate policies with his generals.

Bithoor commemorates important events from various time frames of the history of India. It is a testimony to the experiences, struggles and memories of people from ancient, medieval and modern India.