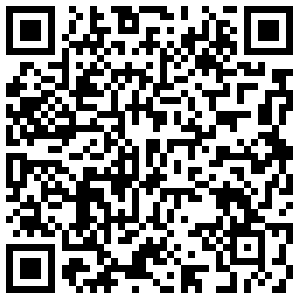 When prince Dara Shikoh was just seven years old, his father, Prince Khurram rebelled against the then Emperor Jahangir to stake a claim on the empire above his two elder brothers. The rebellion stood little chance of success. Four years later, the defeated prince was welcomed back into the royal family, forgiven for his mistakes. As a check against his son’s ambitions, Emperor Jahangir took his grandchildren hostage at the palace and kept them under the watchful eye of their step grandmother, Nur Jahan. A young Dara would only meet his father at the age of thirteen when prince Khurram was crowned Emperor Shah Jahan.

Dara Shikoh was born in Ajmer , the land of Khwaja Moinuddin Chishti, to whom, his father Shah Jahan had prayed for a son. The eldest son among six, Dara was groomed to be the future ruler of the Mughal Empire and the citadel was his home. While his brothers were deputed to far off provinces as administrators, Dara, the apple of his father’s eye was kept within the Imperial court.

Kept away from distant dusty provinces and tedious tasks of administration,Dara was able to invest his time in spiritual pursuits. He developed a keen interest and proficiency in Sufi mysticism and the Quran at a young age.

At the age of twenty-five, Dara wrote his first book, Safinat-ul-Awliya , a concise document detailing the lives of the Prophet and his family,the Caliphs and of saints belonging to the five major Sufi orders then popular in India.

The Emperor Shah Jahan with his son Dara Shikoh circa 1620, a Folio from the Shah Jahan Album at The Metropolitan Museum. It is painted by Nanha and Mir Ali Haravi has done the calligraphy

Dara Shikoh was initiated into the Kadiri order of Sufis by his pir (spiritual guide), Mulla Shah. As a devout follower, Dara would later commission shrines for his pir and Miyan Mir in Lahore. Miyan Mir was the pir of Mulla Shah. In addition, Dara would also immortalise the biography of the former in Safinat-ul-Awliya , through his own words. Other works by the Prince include ‘Risala-i-hak Numa’ (The Compass of the Truth), the ‘Shathiyat or Hasanat-ul-Arifin’ and the ‘Iksir-i-Azam’ He also commissioned the ‘Jug Bashist’ and the ‘Tarjuma-i-Akwal-i-Wasili’

Mulla shah exalts the young Prince in a ghazal

The first and the second Sahib Kiran (Amir Timur and Shah Jahan) are the kings of grandeur,
Our Dara Shikuh is the Sahib Kiran of the heart.
From the universe, the provision of the two worlds,
he has brought under the grip on account of the merchandise of his heart”
(Source:1886 Imperial Gazetteer)

Dara Shikoh with Miyan Mir and Mulla Shah Circa 1635

The Sufi Prince wanted to pursue ‘the oneness of God’ (Tawhid). He believed that the “utterances of God elucidate and explain one another” (Dara shikoh,‘Sirr-i-Akbar’) and thus desired to read all the revealed books within his reach.

Through his studies, he came to the conclusion that the ‘Truth’ was not the exclusive property of any particular or ‘chosen’ race but could be found in all religions and at all times (Dara Shikoh, Shathiyat). He believed that there must be a common source of all revealed scripture, what is referred to as Umm-ul-Kitab (mother of the book) in the Quran.

He thus became part of a great literary movement for the adaptation of Islam to the spiritual traditions of India. While Dara Shikoh was the latest bearer of this tradition, the movement itself traced its roots to the several Muslim rulers who had, in the past ordered the translation of various Sanskrit works into Persian in order to increase the Muslim understanding of Hinduism. An example of this is Emperor Akbar’s Maktab Khana (translation bureau), which produced translations of the Mahabharata, the Ramayana and the Yoga Vashistha.

Dara not only read the literature of other religions but also conversed with and respected the learned men of those faiths. ‘Mukalima-i-dara Shikuh wa Baba lal’ captures a spiritual discussion between Dara Shikoh and Baba Lal, later recognised to be Lal Dayal, the Hindu mystic from Punjab. The two were introduced through Mullah Shah. The conversation that ensued records Dara’s curiosity about various aspects of the Hindu religion and the ascetic life it encourages. The Sufi Prince would later refer to Baba lal as one of the ‘perfect,’ stating that “there are arifs and ‘perfects’ in every community through whose grace God grants salvation to that community.”

By the age of forty-four, Dara would write the ‘Majma-ul-Bahrain’ (the Mingling of the two oceans). Within this fifty-seven page document, Dara analytically compares aspects of Islam and Hinduism and extracts the abundant similarities in their core values. The book studies concepts such as ‘elements’, ‘religious exercises’, ‘beholding of God’, ‘names of God, the most high’ and ‘Apostleship and Prophetship’. But the greatest ode by the Prince to the religion of a majority of his people was the ‘Sirr-i-Akbar’ (the Great Secret), a translation of fifty chapters of the Upanishads.

Dara undertook this mammoth task, aided by the pandits and sanyasis of Benares (Varanasi) to discover the ‘Unity of being’ (Wahdat al Wajud) doctrines hidden in them. In this, he argues that the Hindus do not negate monotheism rather, the Upanishads are an ancient work which are the fountainhead of the ocean of monotheism. Some historians also attribute the translation of the ‘Bhagvat Gita’ to Dara.

The ‘Sirr-i-Akbar’ was completed by 1657. In the same year, Emperor Shah Jahan was struck with a severe and long illness. Rumours of the Emperor’s impending death sparked off a war of succession between the six siblings. Dara was supported in his claims by his sister Jahanara Begum. Aurangzeb, Murad and Shuja, supported by their sister Roshanara Begum, joined their forces to launch an attack on the Imperial capital.

Confounded by the prolonged illness of his beloved father and confronted by the attack by his own brothers, Dara displayed unforeseen military tact and leadership in the field of war.

However, the Sufi Prince lost the first attack at the Battle of Samugarh in 1658. The defeated Prince sought refuge in Dadar, Afghanistan but was betrayed by his host to his brother, Aurangzeb.

It would not have been enough to merely defeat the beloved Dara Shikoh in battle. Aurangzeb had to defeat the adoration the people of Shahjahanabad (Delhi) felt for Dara.The ‘Prince of High Fortune’, as his father had once named him, was brought to Delhi in rags. He was then paraded in the streets of the Imperial capital atop a female elephant, chained and disgraced.

Bernier, an eye witness of this ignominious show said that “the crowd assembled upon this disgraceful occasion was immense and everywhere i observed the people were weeping and lamenting the fate of Dara in the most touching language. From every quarter i heard piercing and distressing shrieks for the indian people have a very tender heart; men, women and children wailing as if some mighty calamity had happened to themselves.”

Charged with apostasy by Aurangzeb’s Ullama, Dara was executed on September 9th, 1659 and his body was placed on the back of an elephant and exhibited in every bazaar and lane in the city of Delhi.

Historians have often painted Dara Shikoh to be a tragic figure, overshadowed by his brother in the annals of Indian history, a flicker of hope in an age of religious orthodoxy. The words of this beloved sufi have however, outlived his empire and seek a resurgence in times to come.