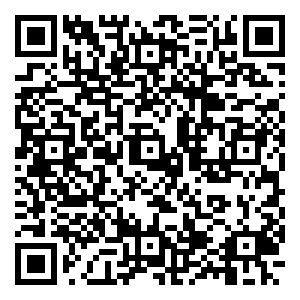 Sir Ashutosh Mukherjee
An institution in himself

“I will tell the Viceroy and the Governor-General of India that Ashutosh Mukherjee refuses to be commanded by any other person except his mother, be he Viceroy or somebody higher still” - Sir Ashutosh Mukherjee never minced his words, and he always spoke after a lot of thought. It was no wonder that he was called Bangla Bagh (Tiger of Bengal) in Bengali circles. A nickname like this and that too for a lawyer speaks volumes about the man himself.

A multi-faceted personality, Sir Ashutosh Mukherjee was a lion amongst legends. He lived in an era where he walked the corridors with stalwarts like Tagore, Ishwar Chandra Vidyasagar, P C Roy, Swami Vivekananda, and so many more, whose calibre and intellect remain unmatched even to this day. Sir Ashutosh Mukherjee’s story can be traced back to an age where education made a difference.

Born on 29th June 1864 at Bowbazar Calcutta, Sir Ashutosh was exposed to Math, Science, and Literature very early in his life, and interestingly, throughout his academic life, he had the privilege to meet and interact with intellectuals like Ishwar Chandra Vidyasagar, Tagore and so many more. These factors undoubtedly had a profound influence on him and his professional life. In 1880, it was his admission into the prestigious Presidency College Calcutta that honed his potential. As a student there, he rubbed shoulders with peers like Prafulla Chandra Roy and Narendranath Dutta (whom we know as Swami Vivekananda). That environment, combined with his high IQ changed the course of his life. Sir Ashutosh’s brilliance was unmistakable, for though he was only a first-year undergraduate student, he published his first mathematical paper, on a new proof of the 25th proposition of Euclid’s first book.

“A lion among legends”

Academics was his forte and by acquiring Post Graduate degrees in both Maths and Physics, he became the first to be awarded a dual degree from Calcutta University. His quest to learn did not end here. An incident in 1883 prompted Sir Ashutosh to pursue the world of Law. Surendranath Banerjee had been arrested for contempt of court relating to an article he had written criticizing an order passed by the Calcutta High Court. His arrest triggered protests that were led by Ashutosh. It is believed that it is this event that provoked Ashutosh to study and explore the nuances of Law. His aptitude for the subject was obvious as, for three consecutive years he won the ‘Tagore Gold Medal’ (1884, 1885, and 1886). He went on to join the chambers of Rash Behari Ghosh who was a legal luminary at that time.

Despite his preoccupation with his legal practice, he continued to publish scholarly papers on mathematics and physics concepts. At the age of 24, Ashutosh Mukherjee became a Fellow of Calcutta University and was knighted by the British Crown with the title ‘Sir’. In 1908, he founded the Calcutta Mathematical Society and remained its President till he passed away in 1924. The academician that he was, Sir Ashutosh Mukherjee donned many hats. He served as the Acting Chief Justice of the Bengal High Court, and from 1906 to 1914 and 1921 to 1923 he had the honour of being only the second Indian to become the Vice-Chancellor (VC) of the Calcutta University, a premier institute of learning in the country. His stint as the VC is talked about even today, as he managed to get the brightest minds to adorn the classrooms, which ultimately catapulted the University into becoming a centre of excellence of learning in the whole subcontinent. In fact, university affairs dominated much of his life.

Sir Ashutosh could easily spot talent, and he utilized his vast network of scholars and friends to bring in accomplished professors and educationists to the University. His “discoveries” ranged from Dr C V Raman, who joined as a Professor of Physics to, Dr Sarvepalli Radhakrishnan and Srinivasa Ramanujan, and many more. Soon, Calcutta University became the hub of academic and intellectual pursuits. Luminaries such as P C Roy, who was considered the Father of Chemistry in modern India, and epigraphist D R Bhandarkar, added more value to the erudite faculty. It is said that there were days the students and teachers would gather to attend guest lectures by Rabindranath Tagore. Such was the atmosphere and diversity brought in by Sir Ashutosh, that he was also referred to as a veritable Vikramaditya for fostering intellectual freedom of the highest order.

In every walk of life, Sir Ashutosh displayed immense character and courage. In 1916, one of his students called Subhash Chandra Bose (of the Indian National Army), had an altercation with his Professor. In the encounter that ensued, Subhash was so incensed by Professor Oaten’s racist and high-handedness towards the Indian students, that in a fit of rage he physically assaulted the Professor. As Vice-Chancellor, Sir Ashutosh was forced to suspend Subhash from the University premises. However, he took steps to ensure that young Bose’s academic life was not disrupted and arranged to have him transferred to another college. This very same Subhash Chandra Bose is the man who cleared his Civil Service exams and spearheaded the Indian National Army in India's fight for freedom. This incident changed the attitude of the British authorities. They began to view the University as a hotbed of rebellion and hence clamped down heavily on its functioning, and the powers of the Vice-Chancellor. With these harsh measures in place, Sir Ashutosh refused to carry on with his tenure as the Vice-Chancellor.

In the meantime, Sir Ashutosh was invited by Viceroy Lord Curzon to be a Judge of the Calcutta High Court. The traditionalist that he was, Sir Ashutosh first sought the permission of his mother before accepting the assignment. He served as a Judge from 1904 to 1923 and even officiated as the Chief Justice of the Calcutta High Court in 1920. The Imperialists were never in favour of native Indians holding such high positions. Hence, Sir Ashutosh’s elevation to such a prestigious post was all the more commendable, as it was solely based on merit. It is a known fact that as a Judge, Sir Ashutosh had delivered about 20,000 judgments, many of which are still cited, as examples of judicial craftsmanship today.

While academics dominated his life, there are many instances in Sir Ashutosh’s life that point to his quick wit and charisma. While India was familiar with Gandhiji’s humiliation on a train in South Africa, there is a similar narrative about Sir Ashutosh, who was considered an unwelcome first-class train passenger. His co-passenger, who happened to be a white plantation owner, threw out Ashutosh’s sandals while he was dozing, as he found travelling with a native distasteful. Ashutosh retaliated by getting rid of his jacket while he was napping. On being questioned about the whereabouts of his jacket, Ashutosh retorted by saying, “your coat has gone to fetch my slippers”. His wry sense of humour belied the intelligence of the man. Sir Ashutosh’s reply to Lord Curzon, who wanted him to visit England so that the British could experience and see for themselves the intellectuals produced by the colonial education system, is hailed even today. Never known to be short of words, Ashutosh politely declined saying, that his mother’s religious beliefs prevented her from allowing her son to cross the seas. His mother’s refusal was based on a religious belief among Hindus that they would lose their caste purity if they ventured across the seas. When Curzon issued his order, “Tell your mother that the Viceroy and the Governor-General of India command her son to go,” Ashutosh firmly responded by saying, “I will tell the Viceroy and the Governor-General of India that Ashutosh Mukherjee refuses to be commanded by any other person except his mother, be he Viceroy or somebody higher still”. A no-nonsense person, Ashutosh always articulated his thoughts impeccably.

Sir Ashutosh went back to his private legal practice after his retirement as the Chief Justice of the Calcutta High Court. While on one hand, he walked the talk with the country’s brightest freedom fighters and revolutionaries, on the other hand, he was equally comfortable with the British regime and their administrative machinery.

A commemorative stamp in honour of Sir Ashutosh Mukherjee

His life came to an abrupt end when he passed away suddenly in Patna in 1924. However, he left behind a vast intellectual and cultural legacy that will be hard to match. An avid bibliophile, legend has it that when Sir Ashutosh bought books at Calcutta’s famous College Street, porters had to be hired to cart them home. So much so, that today, his personal collection of around 80,000 books have been donated by his heirs, and now rests in the city’s National Library.

To remind us about his immense contribution to the nation and the field of education, Sir Ashutosh Mukherjee’s statues have been installed outside Statesman House (Kolkata) and in Santragachi Kedarnath Institution (Howrah).

To honour and pay tribute to Sir Ashutosh Mukherjee and all that he stood and worked for, in 1964, the Government of India issued a stamp that featured the legend with a “walrus moustache”. As Rabindranath Tagore so aptly said, “Ashutosh had the courage to dream because he had the power to fight and the confidence to win - his will itself was that path to the goal.”