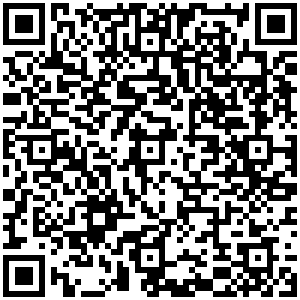 Inscribed in 2016 (11.COM) on the Representative List of the Intangible Cultural Heritage of Humanity

The philosophy behind the ancient Indian practice of yoga has influenced various aspects of how society in India functions, whether it be in relation to areas such as health and medicine or education and the arts. Based on unifying the mind with the body and soul to allow for greater mental, spiritual and physical wellbeing, the values of yoga form a major part of the community’s ethos. Yoga consists of a series of poses, meditation, controlled breathing, word chanting and other techniques designed to help individuals build self-realization, ease any suffering they may be experiencing and allow for a state of liberation. It is practised by the young and old without discriminating against gender, class or religion and has also become popular in other parts of the world. Traditionally, yoga was transmitted using the Guru-Shishya model (master-pupil) with yoga gurus as the main custodians of associated knowledge and skills. Nowadays, yoga ashrams or hermitages provide enthusiasts with additional opportunities to learn about the traditional practice, as well as schools, universities, community centres and social media. Ancient manuscripts and scriptures are also used in the teaching and practice of yoga, and a vast range of modern literature on the subject available.

The aim of yoga is to help an individual achieve complete well being which includes physical, social, mental, and spiritual aspects of a human being. It means ‘to join or to unite’. Practising yoga not only harmonises the self with the environment but also leads to emotional stability which is attained through various yoga postures, called asanas. Asana is a Sanskrit term which means a comfortable position. Yoga is a way of living that helps an individual lead a healthy lifestyle. The most important part of yoga is to believe in the unity of mind, body and spirit. It allows the self to connect spiritually and maintain healthy social relationships. This is achieved when the mind is clear and physical and mental health are under control.

There are various types of yoga such as Hatha yoga, Vinyasa yoga, Ashtanga yoga, Bikram yoga, Jivamukti yoga to name a few. Among these, Hatha yoga is one of the most popular styles of yoga. It is generally performed in three-parts, that is, pranayama (breathing exercises), asana (yoga postures) and savasana (resting period). It is popular for its ability to help bring peace to the mind and preparing the body for the spiritual practice of meditation. While performing Yoga postures, it is often suggested by Yoga teachers (yogi or yogini) to stretch one’s physical boundaries and at the same time not to feel overwhelmed. During a yogic posture, it is advised to channel the focus on breathing while the mind accepts the calm by blocking external distractions.

According to the Yoga Sutras of Patanjali (containing 196 Sanskrit sutras on the practice of yoga), yoga consists of Ashtanga, that is, eight limbs. The purpose of these eight limbs is enlightenment or self-realization. The eight limbs of yoga are as follows:
●    First, Yama which means abstinence or self-regulation.
●    Second, Niyama means observation.
●    Third, Asana, it is the practice to hold a yoga posture. It enables the body to sit for long periods of time for meditation. It is achieved by relaxing the body or loosening the stiffness of the body and allowing the mind to merge with the infinite (the infinity symbol in yoga represents oneness, that all humans are united in this circle of life).
●    Fourth, Pranayama is the practice of controlling and balancing the breathing cycle leading to prolonged exhalation of breath.
●    Fifth, Pratyahara aims at the withdrawal of the senses of cognition.
●    Sixth, Dharana means to concentrate.
●    Seventh, Dhyana means to contemplate and reflect;
●    Eight, Samadhi means to reach the state of deep spiritual absorption, that is, oneness reached with the help of meditation.

According to research, there are therapeutic benefits of practising yoga regularly. Yoga postures and practices are known to reduce health conditions which are physical and emotional in nature. Performing breathing exercises of yoga can reduce everyday stress and enhance the quality of life. It has been emphasised that one must not force the body past its comfort limit and create mindfulness. Yoga exercises such as savasana, pranayama, and meditation result in a significant improvement in sleep patterns. Yoga not only helps in reaching a balanced mental state, but it can also be said that regular practice of yoga is advantageous for all the dimensions of health, that is, physical, social, and spiritual. It promotes harmony within oneself and leads to the union of individual consciousness with the supreme consciousness leading to a holistic way of life.